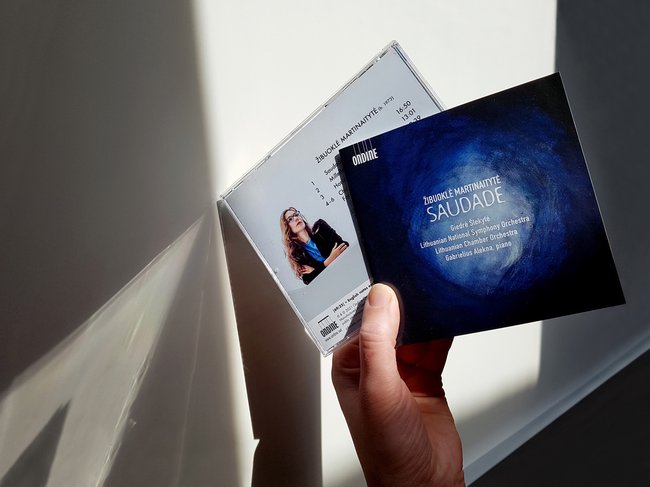 On February 5, the international classical record label Ondine officially released Saudade by the composer Žibuoklė Martinaitytė. Reijo Kiilunen, Managing Director of the Finnish classical record label Ondine, is convinced of its success already – not only by the power and beauty of the compositions, but also by the forceful performances of the Lithuanian National Symphony Orchestra, the Lithuanian Chamber Orchestra, the pianist Gabrielius Alekna and the leader of this process, the conductor Giedrė Šlekytė.

The entire album is named Saudade after one of its tracks. “This Portuguese word means an infinite longing, an existential, meta-longing, which includes all possible kinds of longing – for something or someone that is gone, that has stopped existing, has disappeared, has sunk in the past – and at this time of the pandemic ‘saudade’ also means the longing for normality. And this immediately brings sad and happy feeling together: sadness for missing and happiness for experiencing the past,” comments the composer.

The album is the result of a tight partnership between the Music Information Center Lithuania, the Lithuanian National Philharmonic and the Finnish company Ondine. “Such international co-productions ensure the global distribution and visibility of Lithuanian music,” said Asta Pakarklytė, the head of the Music Information Center Lithuania. “Ondine is part of the Naxos group of companies and has access to the world’s largest classical music distribution network. The album is planned to be presented on major classical music media platforms, such as Gramophone or BBC Music, with a separate campaign in the US.” 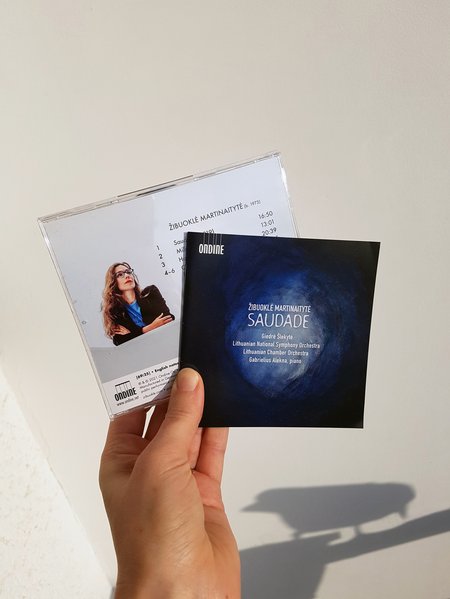 “Žibuoklė Martinaitytė’s music is spellbinding, she has an individual and fascinating voice,” comments the head of Ondine Reijo Kiilunen, “I am very excited to release this album on Ondine, it is a wonderful addition to our expanding catalogue of the music of Lithuania and its extraordinary artists. It will surely receive a lot of international attention.”

“After the last Music Information Center Lithuania’s co-production with Deutsche Grammophon, it seemed that there could probably be no project so varied and complex, but this new co-production with Ondine also posed a number of challenges for all participants,” said Pakarklytė, “of course, the challenges were caused by the pandemic, but eventually the conductor Giedrė Šlekytė came from Klagenfurt, the pianist Gabrielius Alekna from New York and safely concluded recording sessions seemed an impressive finale to the composer’s lockdown for half a year in Lithuania. When she came from New York to collect the Lithuanian Government’s Prize for Culture and Arts she had planned to stay in Vilnius for only ten days.”

Several international music critics, having received pre-release copies of the album, highlight the intensity and immersive beauty of Martinaitytė’s music. For example, the American online magazine The Arts Fuse states that the composer handles the orchestra expertly and that her sense of form seems ‘unerringly right’. The performances were also very positively received with special praise given to the conductor Giedrė Šlekytė and also the Baltic Mobile Recordings team, itself several times Grammy Awards nominee.

The album includes Martinaitytė’s compositions Horizons (2013), Millefleur (2017) and Saudade (2019) for symphony orchestra and Chiaroscuro Trilogy (2017), a concerto for piano and chamber orchestra. The recording sessions were funded by the Lithuanian Council for Culture. The activities of the Music Information Center Lithuania are also financed by the Ministry of Culture of the Republic of Lithuania.

The album can be purchased and/or streamed HERE. 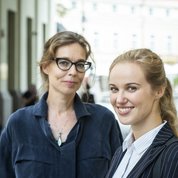 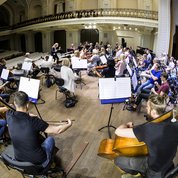 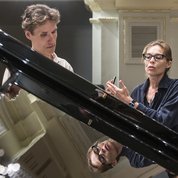 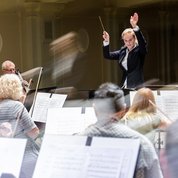 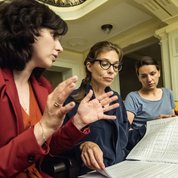