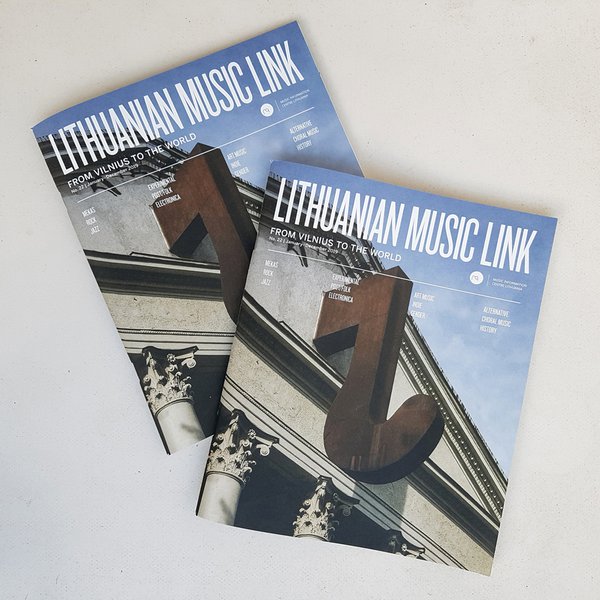 Design: Tomas Mozūra. Cover photo: Lukas Mykolaitis
The Lithuanian Music Information Centre has just published the latest issue of the Lithuanian Music Link magazine, the cover of which features Kablys, a venue which has become not only a symbol of alternative Vilnius culture but also a sign of changes that were taking place in the post-Soviet context. Many of the reviews in this issue deal with the aforementioned shifts in independent Lithuania and the alternatives that came into existence, which were experienced not only by the various genres of music but also by their entire ecosystem.

Over the thirty years of independence in Lithuania, Lithuanian female composers, from a minority, became leaders in the field, competing successfully in an international context, too. And that, according to the author Asta Pakarklytė, happened without any special gender quotas, without a safe environment for women to express themselves, without any artificial means introduced to encourage them, and without any feminist movements or protest actions. The opportunity was presented by the turbulent changes in the Lithuanian political, economic and social system with women in Lithuania not allowing this opportunity to pass them by.

Mykolas Katkus writes that Lithuanian rock music scene, too, is currently enjoying an undoubtedly largest revival since the legendary Rock March, the popular festival-rally that contributed to the dismantling of the Soviet Union. For the first time in thirty years, rock in Lithuania has listeners, infrastructure and talented bands. According to the author, the youngest generation of Lithuanians – Generation Z - who have habituated themselves to niche radio stations, YouTube, Facebook, Instagram and Spotify platforms, is hardly any different from their European contemporaries and are the part of the global monoculture. Thus, the current rock movement is first and foremost indebted to the generational change. 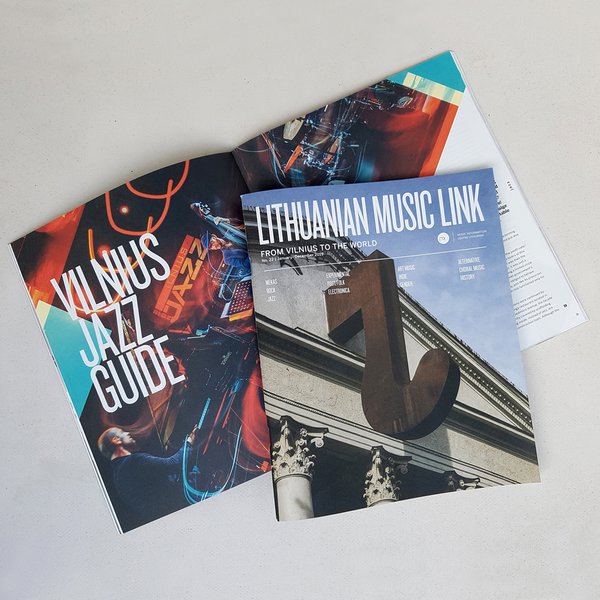 Design: Tomas Mozūra. Cover photo: Lukas Mykolaitis
Vitalijus Gailius writes about the unprecedentedly active and diverse jazz life in the capital, introducing in this issue the Vilnius jazz guide. Alongside the decades-old and unparalleled in durability culture of Vilnius jazz festivals, he explores the different spaces of the capital that not only welcome guests for a pint of beer but also to listen to jazz – from a special club to mixed spaces in Vilnius: bars, bookstores or recording studios.

After the collapse of the USSR a boundless outflow of Baltic culture was felt, one which continues to be spread in various artistic forms, heard in the profusion of performers and groups, adopting the most varied of today’s practices and styles, and merging into the transformed everyday life of people. Eglė Gelažiūtė-Pranevičienė reviews authentic practices of living Lithuanian music heritage and post-folklore output in the contexts of electronics, experimentation, improvisation, world music and composition.

In the context of the events of the Singing Revolution, two independent professional choirs were formed in Lithuania, Jauna Muzika and Aidija, which had a privilege to be able to disregard conventions and routine habits of the local choral singing tradition and so were able to boldly dive into new practices. Ingrida Alonderė and Asta Pakarklytė write about these strongest and most active chamber choirs in Lithuania, always invited where skills, intuition and determination to perform previously untested experiments in new music are needed.

Finally, Kablys and the comprehensive and extremely intense story of this alternative cultural space is presented in Dominkas Kunčinas’ text, which omits neither the criminal nor subcultural, social or political aspects that have marked the history of this building. This constantly regenerative place of attraction is an important point on the maps and calendars of music lovers seeking unusual musical experiences in Vilnius until today, while the pulse of underground counterculture is still felt in Kablys basement, also known as the “best hole of Vilnius.” The spirit of punk, understood in its broadest sense as free and unrestrained creativity, is still alive among the walls of this building and perhaps that is why this venue became loved by musicians of various styles, including experimental electronics, jazz and compositional innovations. 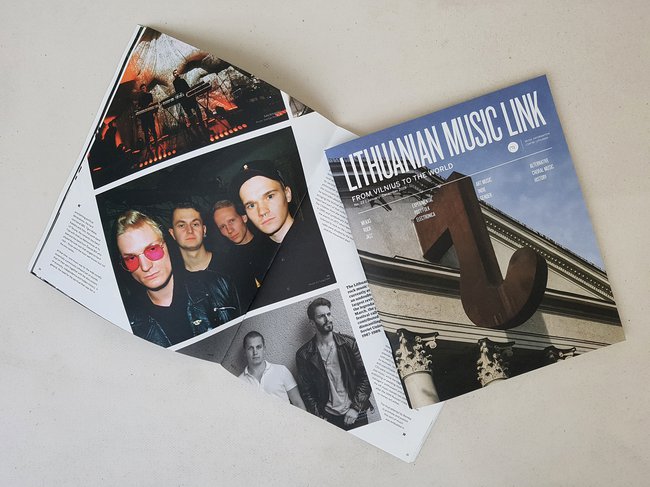 “Recently, the cultural field – visual arts, literature, art criticism and, perhaps to a lesser extent, music, has been enjoying an ongoing stream of accounts about the last decade of the 20s century (or the 1990s), of converging personal and group reflections on the period. Certain signs of that period appear and are even repeated in at least several texts in this issue: the Rock March and the Singing Revolution, which had paved the way for the 1990s, the evolution of alternative culture and Kablys as a symbol of the collapse of the system, reemergence of post-folklore in the search for deep-rooted authentic culture after the disintegration of the USSR. Even the prominence of women in the field of composition is also the result of the processes of that decade”, says the editor of the magazine Lina Navickaite-Martinelli. 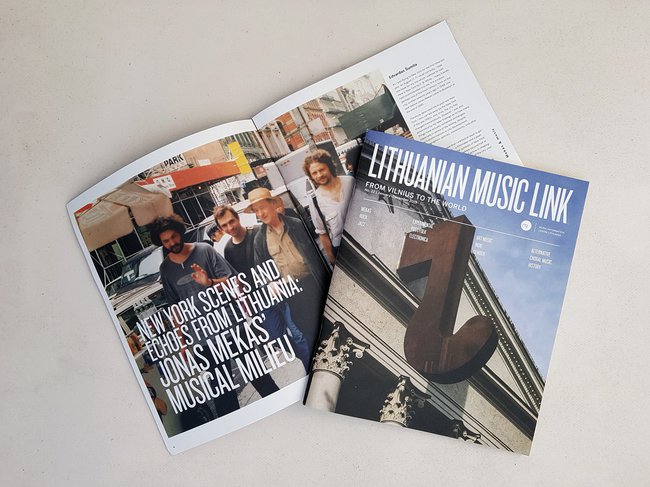 Design: Tomas Mozūra. Cover photo: Lukas Mykolaitis
At the very beginning of the latest issue is in memoriam Jonas Mekas, written by Edvardas Šumila, which explores the musical environment of this famous Lithuanian artist with Mekas' son Sebastian and active members of the so-called Anthology Gang or Lithuanian Mafia in New York Dalius Naujokaitis-Naujas and Eugenijus Varkulevičius-Varkalis. Although a large number of texts was recently published about Jonas Mekas, this is the first time that his creative life has been purposefully reviewed from that angle.

The latest issue of the Lithuanian Music Link is available online.

All previous issues of the magazine are also available online.