Last Pagan Rites, the oratorio with music by Bronius Kutavičius and words by Sigitas Geda composed in 1978, is to this day considered to be one of the most important and distinctive compositions in the history of Lithuanian music. Therefore, it is no coincidence that Music Information Centre Lithuania, constantly made aware of its undying popularity, has decided to publish the score in a newly edited collector’s edition. 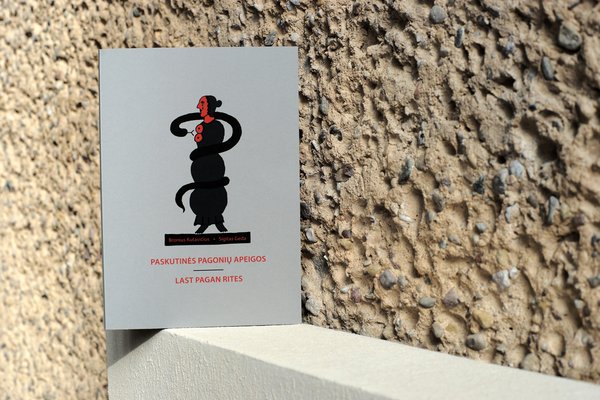 As the musicologist Linas Paulauskis, the music editor of this publication says: ‘Bronius Kutavičius is like a shaman who knows how to cast a spell over an audience and to draw it into his rites. Like an architect he builds precise constructions – scores, often reminiscent of mandalas made up of various geometric figures: circles, squares, crosses and stars. Or perhaps like an archaeologist using today’s tools he reconstructs the forgotten artefacts of an ancient culture.’ 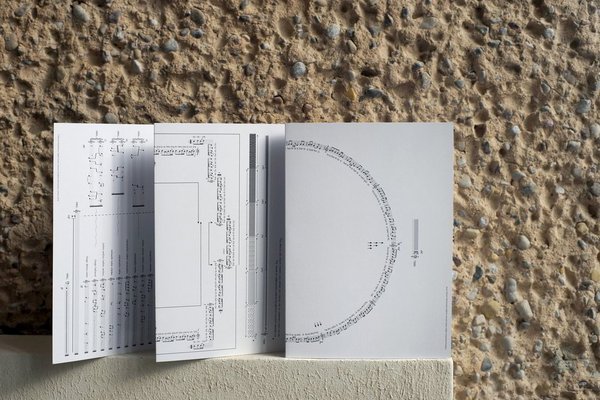 Last Pagan Rites could not have seen the light of day without Bronius Kutavičius’s collaboration with the poet Sigitas Geda (1943-2008), who was particularly close to the composer in his way of thinking, his search for archetypes and his mysterious fantastic imagery. No one else has ever described the essence of Bronius Kutavičius’s music as well as the poet did in these words: ‘Kutavičius’s music more likely originated from language, from things, the earth, even from architecture of an older time, from an ensemble, from ritual than from the music that existed at the time. Later, and now also, it has experienced and continues to experience so many metamorphoses that it sometimes takes my breath away.’

A couple of decades back a survey was carried out amongst music professionals according to which Last Pagan Rites came out number one in a list of the most memorable Lithuanian musical opuses. The survey itself has become a museum curiosity, while the composition continues to live an unfading concert life, which, as Bronius Kutavičius himself has admitted, has also surprised him – in writing the oratorio the composer never imagined the success it was to achieve.

The geographical reach of Rites has long since gone beyond the borders of our country, and, in spite of the challenge of the complicated Lithuanian text for foreign performers to pronounce, it is constantly being performed making Baltic culture better known. Nevertheless, even a work of this calibre has only been published just once over the period of its lifetime and that was more than three decades ago, six years after it was composed. Long out of print, it has been available only in public or private music libraries, like a living reproach reminding us of the need and necessity of a new edition. 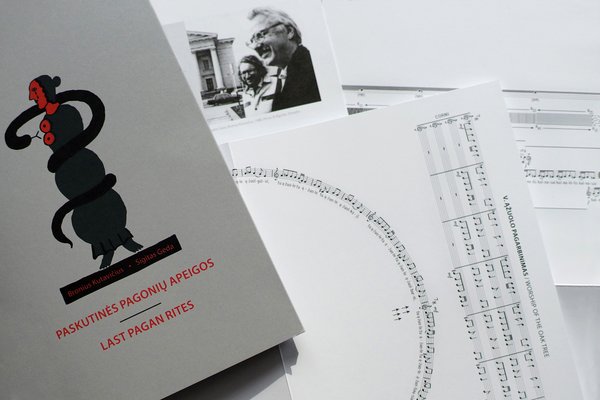 The musicologist Eglė Bertašienė, who was in charge of seeing the publication into print, rejoiced that performers in preparing for Rites will finally have the opportunity to use sheet music that has been newly and meticulously edited. ‘We dedicate this publication, decorated with Mikalojus Povilas Vilutis’s silk-screen, to the centennial of the restoration of the Lithuanian state. The sheet music can absolutely become a tool for performers but is also a perfect gift for a person who loves and values music. My colleagues and I have joked that pages from the score if framed and printed on thick, high-quality paper could decorate a wall of any living room. We tried to make a publication that is visually attractive and easier to use, to suggest additional up-dated explanations for the performance of the composition, with the addition of a comprehensive introduction, and translations into English by the literary translator Romas Kinka. Besides that, we had to correct the unfortunate mistakes that had found their way into the first edition. The inventive Mārtiņš Viļums, responsible for the notation, had to come up against a really unusual challenge – whoever has seen Bronius Kutavičius’s impressive score, with its use of geometric figures, will understand how much work and effort were required in the preparation of this publication,’ commented Eglė Bertašienė.

Music Information Centre Lithuania is grateful to the Lithuanian Council for Culture for its financial support in the publication of this work; to the MO Museum for its kind permission to use the artist Mikalojus Povilas Vilutis’s silk-screen print (kept at the museum) for the cover of this publication of the sheet music and to the artist himself; and to the photographer Algirdas Tarvydas for the photographs in this publication.

You can get Last Pagan Rites by visiting the MICL e-store and paying with a credit or debit card or by PayPal (you can find out more about how to pay electronically here).