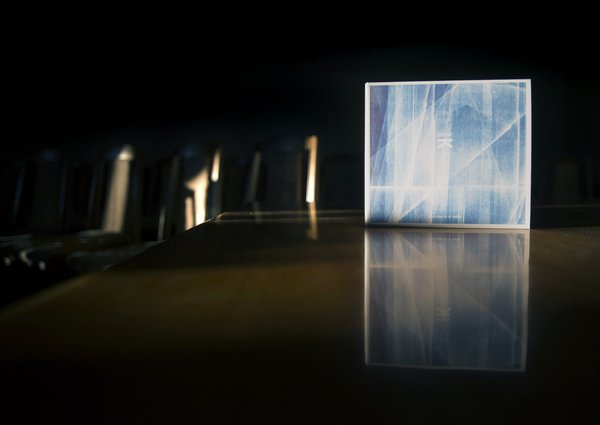 Gintas K – Message in a Bottle

Speaking of Gintas K’s decennial audio retrospective, it is symbolic that my own acquaintance with the author and his work began a little more than ten years ago, in 2003. I was living in the port town of Klaipėda at the time and communicated with the wide (sound) art world mostly virtually. One of the results of this communication was an online electronic music label called Surfaces, which I launched that year with the help of some fellow-minded enthusiasts. After we released the label’s inaugural “demo” compilation, which contained mostly compositions by my home-experimenting peers, I got an email from Gintas K.

He praised our netlabel initiative (which then was the only virtual sound platform of its kind in Lithuania, and one of just a handful internationally) and offered his own material for release. I was already familiar with his name, and the very fact that an acknowledged artist appreciated an effort by young amateurs was stunning, so naturally I agreed. Hence, the second release of Surfaces was a recording of Gintas K’s live set at the 2003 Garso Zona festival titled Without Out.

From that time until now (after hearing numerous records and live performances), the basis and principles of Gintas K’s sound work have remained a mystery for me. When listening to his pieces, I often have a feeling that I cannot really describe what is actually happening here. Listening to material like this requires certain preparation and patience, because this is not the easiest kind of music and it does not yield to light pleasant consumption (albeit it is not radical noise or the like either). Everything is further complicated by the circumstance that Gintas K, while being one of the most active Lithuanian sound artists, always maintains a certain distance, playing in a league of his own and having little concern for what others are working on or what the current electronic sound trends are. One of the possible reasons behind it is the fact that he lives further away from the centres of musical life, although he is nevertheless always online, which is demonstrated by his abundant releases abroad. 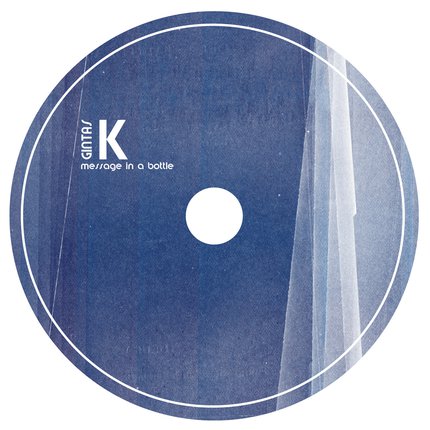 Designer: Šarūnas Joneikis
The mentioned factors endow Gintas K’s formally quite diverse output with certain uniformity – it is difficult to mistake his compositions for anyone else. It is also telling that the years provided next to the individual pieces mean little – the author’s approach to sound production has not changed much over the decade which this CD encompasses. Ant while he collaborates with other sound artists fairly often, he is essentially a very individual author.

As for Gintas K’s sound itself, it might occasionally appear that he somewhat overindulges in modulating sounds, focusing on their form, change and physical effect on the listener than the atmosphere they create. In general, the textural complexity and abstract nature of his work is more akin to, say, Morton Subotnick’s electronic compositions, particularly the legendary record Silver Apples of the Moon, as opposed to most contemporary electronic music, which often employs quite convenient and immersive forms. Thus, listening to this music requires effort; natural identification or immersion is hardly possible here. This is something like a test of the listener’s motivation – the ones who pass it will discover more in the sonic layers than they appear to offer, but not everyone will pass. Needless to say, pleasing the listener of meeting his expectations is an unlikely priority for Gintas K – it seems that his main concern is the connection with the sound itself.

The most interesting moments in Gintas K’s compositions come when quite organic, even openly beautiful and melancholic-sounding melodic or atmospheric textures emerge from rhythmic noises and modulated synthetic percussive sounds. One could call them a kind of catarsis in the structure of these pieces. True, the artist never sustains these moments for too long – perhaps to prevent the listener from getting used to them. It is precicely this “rarity” that makes them valuable and memorable. 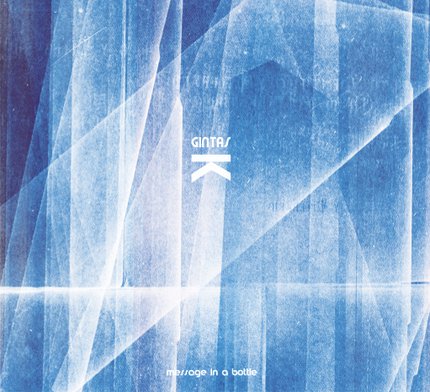 Designer: Šarūnas Joneikis
The laconic and enigmatic titles of Gintas K’s tracks are worth a separate mention. It often seems that they conceal allusions to some untold stories which the listener has to imagine. One involuntarily begins to look for these stories in the sound itself, but the latter does not reveal them either. This creates an extra intrigue and prompts the listener’s mind to “work” even more. Everything together indeed begins to resemble an enigmatic “message in a bottle” which makes the “finder” wonder if it is really addressed to him. Deciphering this message requires a special code, but the author himself does not provide any guidelines, keeping the secret. As I’ve already mentioned, this can both intrigue a motivated listener and alienate a less motivated one.

Such “natural selection” is a good strategy of forming a loyal and engaged audience. Perhaps that is why Gintas K’s name is not among the most visible ones, but at the same time his presence in the scene is stable and solid for well over a decade, and even structures this very scene to some extent (one could recall here the 2012 Lithuanian Sound Art CD he compiled).

With regard to the latter circumstance, the retrospective record Message in a Bottle is a very timely release. Until now it has sometimes appeared that the work of Gintas K is more visible (and published) abroad than in Lithuania (even though those who closely follow the Lithuanian experimental electronic music and sound art scene are well aware of it). Now he is much more inscribed in the Lithuanian music field symbolically, and it is easier to evaluate his music as a whole and comprehend the message it communicates.