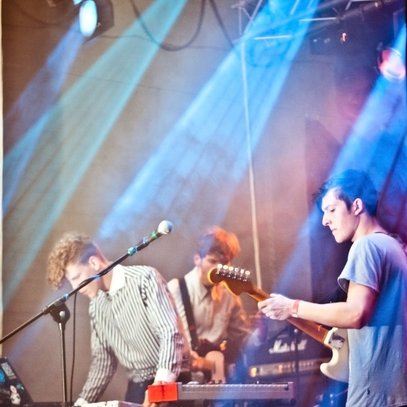 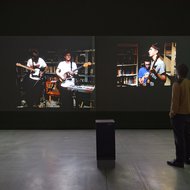 Without Letters take their (mostly instrumental) music seriously. Their debut self-titled EP, released in May of 2014, had been in the making for a few years and created a loud buzz in alternative circles. No wonder. These lads have built an impressive reputation on the basis of live shows and a couple of internet-only singles. And it was enough to make youngsters who are not so fond of mainstream gather in flocks around the band's altar that's built from krautrock, post-rock and electronic music influences. They started seven years ago while still in high school – the legend goes, they saw a show by a young up'n'coming indie act that was on everyone's lips, decided it was shit and they could really do better. It seems they had a point – a band in question is no longer active, we hear, while Without Letters are getting rave reviews from the likes of I Love You Records people (a Baltic indie label who first signed Estonia's Ewert and the Two Dragons, now internationally known and signed to Sire), performing at Positivus festival and Tallinn Music Week (the most important music events in the Baltics), sharing the stage with the likes of Mount Kimbie and showing great promise in many other ways. „Psychedelic dance rock“ is how quite a few fans describe it. Although it's not necessarily accurate musically, it's also spot on, in a way.  For Without Letters' goods really are hypnotic and will make you want to dance – although not in a euphoric rave kind of way. „We didn't have any performing skills whatsoever when we formed a band“, they say. Hard to believe these days – Without Letters now describe their mission as trying to deconstruct the trends that are currently prevailing in both and electronica and rock.