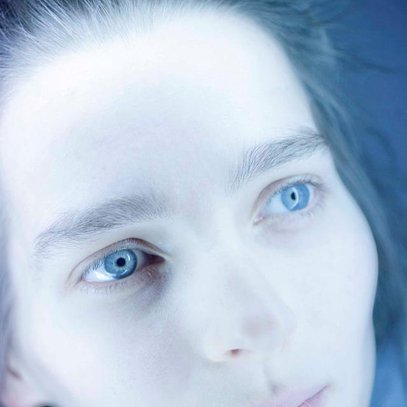 To be honest, it's not that easy to find out much about her. Umiko (Little Bird) doesn't really go for conventional bio trivia. We've seen this young singer/composer quite a few times. Performing theatrical shows with psychedelic jazz-meets-whatever band Magic Mushrooms and as a part of electronic Left I Right project (just two of her previous musical adventures, and there are quite a few). For several years now, Elena Neniškytė (that's her real name) has been making sounds in the studio, creating her own singular mix of electronic beats, acoustic instruments and hypnotic vocals. Her debut album Wave (2012) was a hit with left-field audience. A second one, Flat Records (2014), is precisely that – a set of one-take recordings made in her flat. Still largely unknown to mainstream crowds, she, it seems, prefers this situation and doesn't care much about publicity. At the same time, her profile is getting more visible – Umiko is currently a member of Ministry Of Echology and Dubenėlis, two most well-known Lithuanian reggae/dub acts. She's also collaborating with electronic artists, has been writing music for theatre and once even provided live music score for a contemporary circus performance. Crouched over her laptop, she still manages to capture your attention – with a voice that can be both soft and powerful, stream-of-consciousness lyrics and meditative rhythms that quickly draw you in. One of her intense performances earned Umiko an invitation to Europavox festival in France. „Quality of sound is very important for me. So are colours of music. But the bottom line is – singing makes me happy, simple as that“, she says.