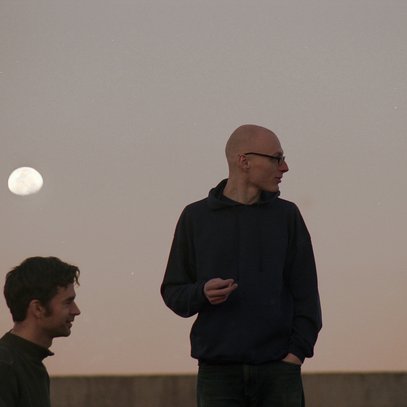 “It’s funny to think that our music has been heard by more ears than some of the biggest hit records from Lithuania”, Paulius Kilbauskas and Domas Strupinskas muse. They have a point here. Both members of The Bus have a history of producing successful projects. Yet, they have filmmakers to thank for the fact that their collective work has already crossed many borders in Europe and beyond. The Bus provided music for two of the most interesting and successful Lithuanian movies of the last several years – the ironic gangster-themed comedy Redirected (starring Vinnie Jones) and The Gambler (for which the duo won the annual Lithuanian film industry award in the Best Soundtrack category). Both works deserve your attention. With a haunting atmosphere, a strict “no samples” policy, heavily distorted reverberant guitars, complex rhythms, deep warm analogue synth lines and huge organic soundscapes, The Bus are quickly earning their reputation as one of the most interesting alternative acts in the Baltics. Not that their credentials are not impressive already – Empti, Dublicate, MIR project, Bango Collective, No Dog Barking, Overtone, Dykumos and Snapsounds are just some of the intriguing projects these guys have been involved with in the past. Currently this creative collaboration is involved in making movie and game soundtracks, but always remains open to new artistic challenges.