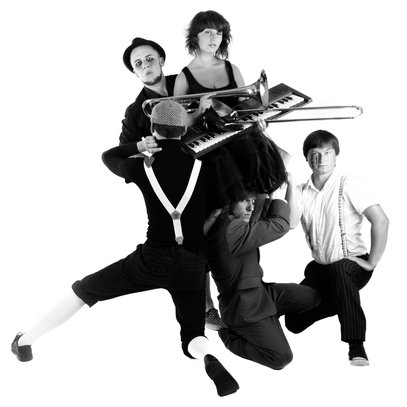 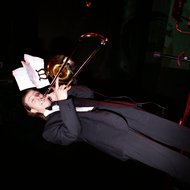 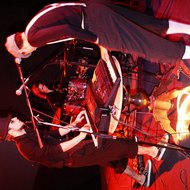 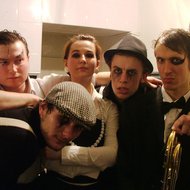 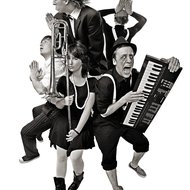 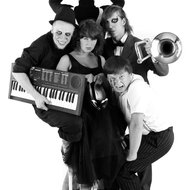 ‘It´s a total commercial suicide to play this kind of music in Lithuania’ was the first thought of Suicide DJs after trying to record their debut songs. Luckily for us, they chose to carry on nevertheless. Proudly filing themselves under ¨alternative comedy¨ tag, these young guys and girls have to be seen/heard to be believed. A mixture of old synthesizer sounds, acrobatics, weird make-up, live trombone playing and theatre elements, this is truly a Lithuanian band like no other. Formed in 2006, Suicide DJs already have plenty of successful live performances under their belt. Featuring the talents of ex-Milky Lasers drummer Živilė Kazlauskaitė, the creative core of this electronic punk act is formed by Ainis Storpirštis and Vidas Bareikis who list acting studies as their main occupation. However, it leaves them plenty of time to dabble in music, hence the formation of the band which some critics describe as ‘Lithuanian soulmates of Hot Chip’. Irony and visual effects are key elements.‘If we ever record an album, it will be released on DVD – any other option makes no sense’, the band admits. To establish an act without airplay or serious promotion is not an easy task, but Suicide DJs somehow pulled it off. After hearing some of their absurd-filled tracks, we certainly hope there´s more where that came from.