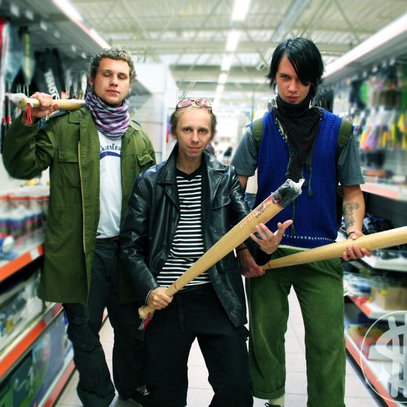 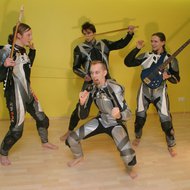 With their official debut album Žemiau juostos (Below the Waistline) released only in 2007, the weirdo disco-pop-electro-punk entertainers Sportas have been one of the Lithuanian fun-loving and absurd humour-tolerant youth’s most wanted acts for a long time. Their several smash hits (especially Otter and Beibi) have become part of the modern urban folklore in Lithuania and subsequently made it to other languages (Latvian, English and even Japanese) and film soundtracks. Then there are also the band’s live shows, (intentionally) campy enough to be called freak shows, masterminded primarily by Sportas’ eccentric leader Marukas. Whenever you find yourself attending one of these, you’re guaranteed to sing along to the famous Otter merrily, just like hundreds of other concertgoers who just couldn’t resist joining the zany cult of Sportas.