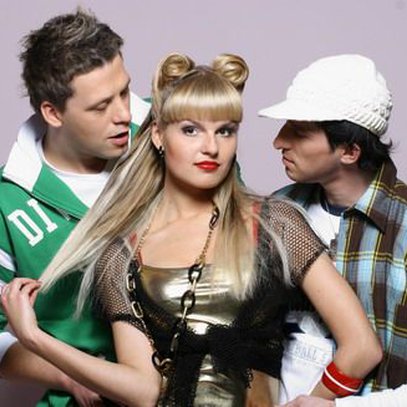 A bit of an oddity of Lithuanian music scene, Slapjack chose an unconventional approach to promotion, staying in the shadows and not disclosing their identities until several of their songs got popular on the internet by word of mouth. This three-piece consists of an experienced studio boffin Dalux (who has produced a number of pop acts in Lithuania and Germany and written more than 1000 songs so far), his colleague KC and a promising young singer Eglė Gerasimovaitė. The final part of the Slapjack's pop formula ir provided by American Doug Cochran who's responsible for lyrics. The band started building a reputation as a well-received live act in 2006, and a debut album is apparently in the pipeline. The philosophy? ‘Feel good’ quality pop music with essential fun element enclosed.