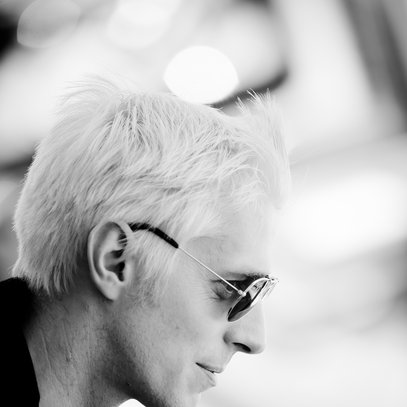 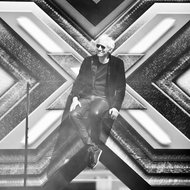 The name may sound new but the voice is definitely familiar to those who follow Baltic music scene. Saulius Prūsaitis (who also sometimes calls himself Face White) is the lead singer of Happyendless who branched out on his own during the ongoing hiatus of that acclaimed trio. A true original – his colourful CV now includes working as a brick layer in London (during pre-fame years, obviously), doing voice-overs for kids' movies, working as a mentor for Lithuania's version of The X Factor and scoring theatre shows and cinema flicks. With his stage charisma and strong voice, Saulius was instrumental in bringing Happyendless into the spotlight - before that, these guys were quite an anonymous bunch of studio boffins who put their Midas touch on many local hits but stayed in the background. It all changed when Saulius joined the line-up, put on his orange spaceman's suit and cooked scrambled eggs in front of the camera. The video, Power Forever, got heavy airplay and made thousands of music fans go „wow“ - not only in Lithuania. During the years that followed, Happyendless won an MTV Europe award (Best Baltic Act 2008), released two albums, moved on perform an intriguing mix of electronica and alternative rock and went on Lithuania's first 3D tour of cinemas. In 2012, Saulius surprised fans by playing a solo gig that featured music that sounds quite different to electronic experiments that Happyendless indulge in. With traditional rock and pop influences evident, Meile tu (Hey, Love) was an immediate hit single, featured in a play directed by Lithuanian theatre's „enfant terrible“ Oskaras Koršunovas (which Saulius composed the music for). More hits followed, including anthemic No More Drama which catapulted his solo career to new heights – his live shows, fittingly titled Music For Adults, are now performed to full houses all over the country and summer of 2014 saw a sold-out performance in Trakai castle, one of the most prestigious open air venues in Lithuania. The debut solo album is in the making.