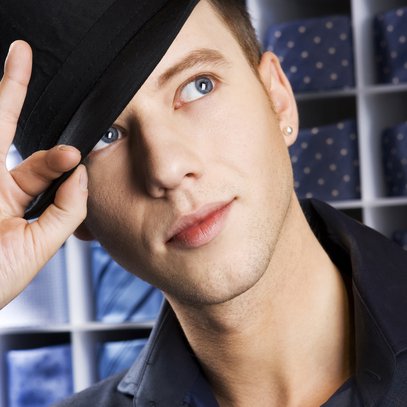 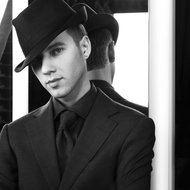 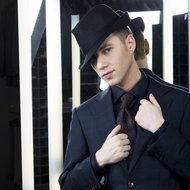 Sasha Song (known as Sasha Son in Eastern Europe) – an ambitious singer/songwriter with a touching hit-and-miss story that PR agents would die for. Born Dima Šavrovas, this half Russian, half Lithuanian performer charmed huge audiences at tender age of 12. Dima's voice, described as ‘angelic’, caught the eye of well known music producers – as a child, he released the album Svajonių laivas which sold well. Dima's hit Mama was all one of the most popular Lithuanian pop songs of mid-90's. Sharing stage with some of the biggest names in Lithuanian pop, in 1995 Dima won a Bravo award (Lithuanian equivalent to Grammy) as a newcomer of the year. He was also awarded by the President of Lithuania. After successful performances in many European festivals, however, the child prodigy moved to London, where he worked as a bartender, tried to make ends meet and struggled to prove his talent in the local music business, performing soul and r'n'b. After his band U-Soul failed to secure a recording contract, Dima went back to Lithuania where his impressive vocal skills and knack for r'n'b  soon won public and critical acclaim. Performing in Lithuanian, English and Russian he re-branded himself as Sasha Son and received the attention of both Lithuanian and Russian music fans – recorded with well known dance music act Sel, his single Ne Uletaj was successful on Baltic Russian radio charts, 2008 brought new fanbase due to Sasha's participation in popular Lithuanian music TV contest Muzikos akademija. In 2009, Sasha's song Love won Dainų daina – a competition designed to select the best Lithuanian song of the year. As a result, he will take part in Eurovision Song Contest, to be held in Moscow in May 2009.

Sasha Song  will represent Lithuania in the 2009 Eurovision Song Contest in Moscow.
While in Lithuania, Sasha Song (Birth name Dmitry Shavrov - Dima Savrovas) has established himself as a young solo artist and at the age of 12 had consequently released a solo album, "Svajoniu Laivas" (The Ship of Dreams). His legendary song "Mamai" (To Mother) which was written for Sasha by very respected Lithuanian musicians Ovidijus Vysniauskas and Gintaras Zdebskis, made him known all around Lithuania and has become one of the most significant and influential songs in Lithuanian music history.
In 1995, Sasha received a "Bravo" award for "Metu atradimas" (New-comer of the year).
He won numerous international competitions throughout Europe and received a letter of gratitude from the President of the Republic of Lithuania for his achievements for the country.
After a period of 8 years in London where he had studied music Sasha has returned home and together with his music partner Hywel Sam received a Grand Prize at the international music contest - "Palanga 2005".
His first single in 12 years "Ne Uletaj" Feat. SEL reached No. 1 in the Baltic Russian Radio Top 10 songs list and remained in the Top 5 for 13 weeks and in the top 10 for 14 weeks.
In 2008, he was in the top 3 in the National Eurovision Song Contest with the song "Miss Kiss" and was one of the favorites to win to contest. That same year Sasha took part in the "LNK Muzikos Akademija" TV talent show and was also in the top 3.
In 2009, Sasha finaly gained public recognition. His song „Pasiklydęs žmogus“ - "Love" was voted as the best song in Lithuania and had consequently received the right to represent his country in the Eurovision Song Contest in Moscow.