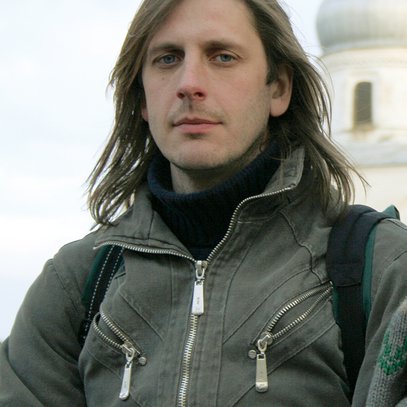 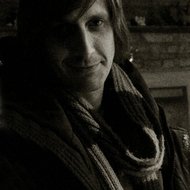 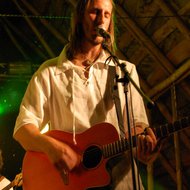 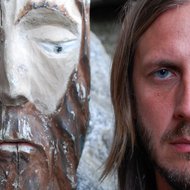 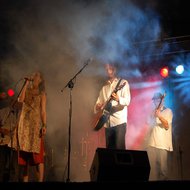 Rokas Radzevičius creatively develops in his work genre of musical / rock opera. Rock opera Jūratė and Kastytis in 2001, musicals Vilnius Legends (2001), The Prophet (2006) are the most characteristic examples of composer's work. Mythological / historical themes are creatively interpreted through contemporary texts and quality pop/rock music, with some elements of post-folk and bard music. Many composer's ideas are developed in cooperation with the intellectual rock band Skylė (Hole).

Rokas Radzevičius was born in 1972 in Vilnius, Lithuania. In 1982-1989 he attended B. Dvarionas School of Music. In 1991 he enrolled at the Vilnius University, History studies.

Same year Rokas Radzevičius established the intellectual rock band Skylė (Hole), through 1996 he has written more than 60 songs, released in the albums The Blossoming Woman’s Happiness, The Songs of Periklis, 1+1=1, Lukiškės Plain among others. In 1996 he wrote the music for the sci-fi performance Pro memoriam St. Stephen nr. 7. After that he wrote music for the three Miraklis Theatre musicals: The Sun’s Journey (1996), Man and the Morning Star (2000), and The Legends of Vilnius (2001).

In 1998-1999 he organized the Night of the Flowers Festival. From 1999 started working also with international projects, organized and produced three international youth musicals: Uniforms (2000), Alien (2001) and Tilt (2002).

Since 2001 he dedicated more and more time for his original musicals. His musical Jūratė and Kastytis (2001) was highly recognized among the Lithuanian audience. Later came also musicals Earth of the Sun (2003),  The Fish Herder (2004), The Prophet (2006) among others.

Currently Radzevičius is producing music for a new musical called The Amazons, to be launched next spring.