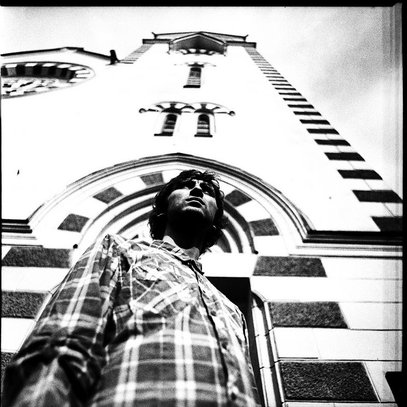 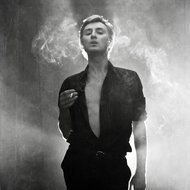 Markas Palubenka is a fascinating character – with a warm smile and a voice that lingers in your head long after the show is over, he became an overnight success with Lithuanian alternative kids in 2011 and is currently one of the most interesting singers Lithuania has to offer. When, in January of 2013, he won Best Alternative Artist and Breakthrough of the Year awards at M.A.M.A. ceremony, there were no raised eyebrows in the audience – it was obvious these victories were well-deserved. This, after all, is a singer who managed to play 50-plus concerts in a small market of Lithuania, secured support slots at Jamie Woon and Katie Melua shows and released a debut album that's widely considered the best indie/pop/electronica concoction Lithuania has ever produced – all within the first year of his career. The aforementioned album, No Fun In 101 (no relation to Depeche Mode documentary 101, Markas is always willing to stress) is frankly brilliant and you should all check it out. Accolades came from some truly unexpected places – Lana Del Rey, for example, skipped all the proposed local artists and chose Markas to perform a warm up set at her show in Belarus. A new burst of activity in 2013 included a solo performance at Positivus festival in Latvia (the region's main event of the kind), an EP recorded in Lithuanian, a special mobile app (the first time a Baltic artist went for this), tracks recorded with Kurak and Planet Melancholia, a video that won the main prize of Klipvid competition. Even if his voice and style are often compared with that of Thom Yorke, James Blake and other artists who are well-known for their melancholic tendencies, the rhythm of Markas' career is anything but slow.