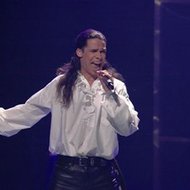 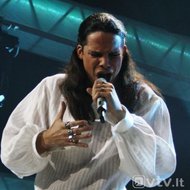 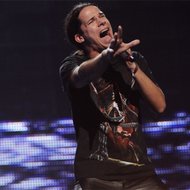 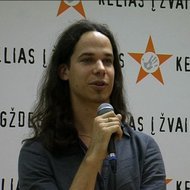 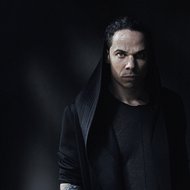 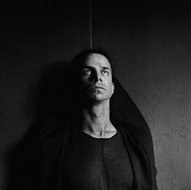 A weird twist of fate – after struggling to gain mainstream recognition as a metal singer, Jeronimas Milius finally won the attention due to pop extravaganza called Eurovision. Strong voice and charisma put him through Lithuanian national Eurovision selection of 2008 – no mean feat for a singer who's name was more or less uknown in showbiz circles beforehand. However, those who followed Jeronimas career since he became the lead singer of Soul Brothers in 2003 know for sure – performing in Eurovision is a bit strange for him. Having taken singing lessons from Lithuanian rock stars Česlovas Gabalis and Povilas Meškėla, Jeronimas and his band experimented with funk rock before settling for traditional heavy metal. Successful performances in local clubs and festivals followed, however in 2007 Soul Brothers went on an indefinite hiatus. It all changed due to huge publicity brought by Jeronimas' victory in Eurovision selection. In April 2008, the band changed their name to Soul Stealer and finally released their self-titled album. Featuring ten slices of uncompromising heavy metal, it's quite different from Jeronimas' Eurovision rock ballad ‘Nomads In The Night’. ‘Playing foreign metal festivals and, sooner or later, huge stadiums’ is how this distinctive singer describes his ambitions.

In February of 2012 year, won the award of the best vocalist of the year in alternative music awards “T.Ė.T.Ė.”

In March and April of 2012 year, participated in the  international TV project – casting “Superstar”, held by “iTV” and Andrew Lloyd Webber, for the role of Jesus in rock opera “Jesus Christ Superstar” and got to the TOP-20. (United Kingdom)

In December of 2013 year, the winner of TV music project ”Auksinis balsas” (”The Golden voice”)

In June of 2010 year, performed in ineternational project-musical „Notre Dame de Paris“ in Azerbaijan, played the role of Clopen

In December of 2011 year, performed in Viačeslavas Ganelinas and Sigitas Geda lithuanian musical “The Devils bride”, played the role of Girdvainis (Lithuania)