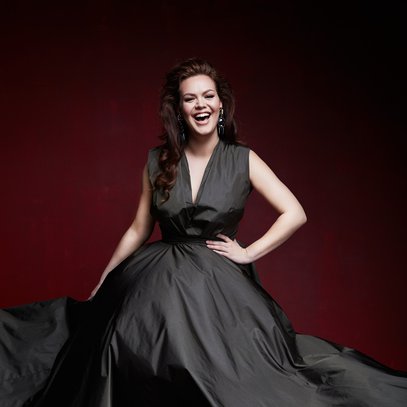 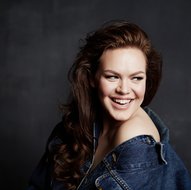 Girmantė Vaiktutė already had an impressive portfolio by the time she released her debut album Mood in 2014. This young singer (who also plays violin, piano and flute, but rarely does this on stage) has been around since 2008. She performed in Sounds In G (Lithuania's best known gospel choir), sang backing vocals for a number of Lithuania's pop stars (including Donatas Montvydas, Povilas Meškėla and Jurga Šeduikytė), before going on to take part in several successful TV shows (she has come close to being selected as Lithuania’s Eurovision entry a couple of times). A stint as the lead singer of Bekešo vilkai, then the young bright hopes of Lithuania’s quality pop scene. When the group disbanded, Girmantė finally chose to carve out a solo career, first with wildly successful live performances of Beyonce, Adele and Whitney Houston hits, and then with original songs written for her by some of the best young composers in the country (including electronic music guru Leon Somov). Her debut album was released in style. The launch concert was held at the prestigious National Opera and Ballet Theatre, no less, with Girmantė becoming one of only two Lithuanian pop artists to perform in this venue. Her successful career continues, with praise coming not only from Lithuanian musicians and critics, but also from some international superstars as well. For example, Andrea Bocelli, who asked to hear some Lithuanian recordings before his visit to the country, had many good things to say about Girmantė's voice. Melodic, mature pop tunes with a slight hint of r'n'b and disco, and a voice that's both strong and powerful – there are many reasons why Girmantė deserves to be called one of the brightest rising music stars in Lithuania.

X
Falling for you