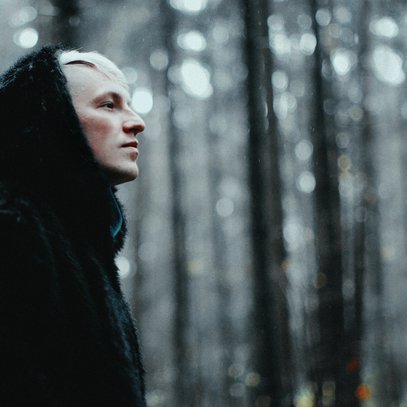 It’s an interesting career path. With his former partner in crime, lead singer Miss Sheep, the electronic music wizard GeraiGerai was close to becoming a true pop star. They won the Best Debut gong at the Lithuanian music awards ceremony M.A.M.A. several years ago, played in packed clubs, performed warm-up gigs for the likes of Moby, GusGus and Skye and were close to representing the country in the Eurovision song contest. Then it all fell apart and GeraiGerai moved on to collaborate with various vocalists, released his debut solo EP FG12 in 2013 and even found himself mentioned in the Lithuanian version of Guinness Book of Records (he managed to play the same tune for five hours at a festival). His first full-length solo album, released in 2014, is particularly interesting. Baltics Sounds/Organic Geometry features music written for the presentation of the latest collection from Julia Janus, a well-known Lithuanian fashion designer. Ranging from uptempo numbers to meditative electronic tunes, it’s a work of intricate beauty with a twist. GeraiGerai used samples of field recordings made by the designer herself during her travels around the Baltic Sea – so you can hear raindrops, bird songs and many other little sounds that add to the atmosphere of the record. In the summer of 2015 they released another album "Gorgon's Son".

Between Those Two (For Julia Janus)

X
Between Those Two (For Julia Janus)
Title/Year