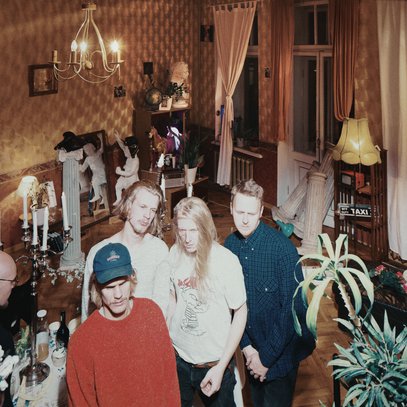 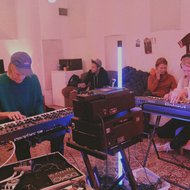 You might have difficulties memorising and pronouncing the band’s name (it means “curly-haired bass player” in Lithuanian) but don’t let that put you off. The aforementioned bass player no longer performs with the band, but the name has stuck. And that’s not the only part of the band’s biography that’s a bit unusual. The two brothers who formed the band claim that their first guitar teachers were Franciscan monks from a local church. You get the vibe. With a strong passion for hippie ideas, psychedelic moods and folky indie sounds, Garbanotas Bosistas represents the crop of young and ambitious bands that appeared on the Lithuanian rock and alternative scene during the last several years – a bunch of twenty-somethings who make their own rules as they go. Powered by word-of-mouth promotion only, they were able to draw impressive crowds in the Lithuanian capital Vilnius before even releasing their debut EP Venera (Venus) in 2012. They channelled the spirit of British indie rock, Led Zeppelin and the ‘60s psychedelia on that release – winning the ears of both young hipsters and the grey-haired audience of blues festivals. Numerous gigs followed – all the biggest festivals in Lithuania, successful shows in Poland, Denmark and Latvia. In 2015 Garbanotas Bosistas became the first Lithuanian band to be invited to perform at The Great Escape festival in the U.K., played a set at Liverpool Sound City festival and their performance at MENT showcase festival in Slovenia got glowing reviews. Above Us, the band's debut album, was released in May of 2015, proving that the band’s sound is constantly evolving. Drenched in subtle electronic touches, echoes and reverb, it is a wildy imaginative piece of work.

Long Ago Far Away

X
Long Ago Far Away