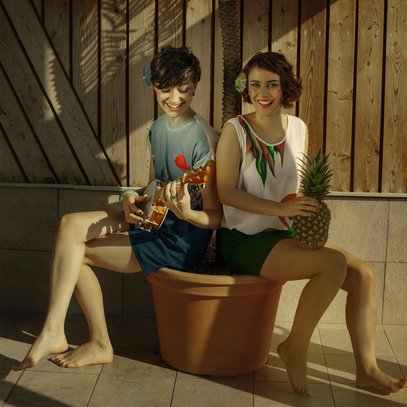 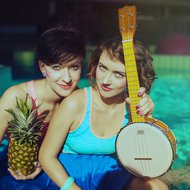 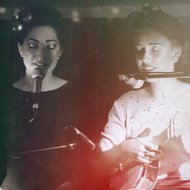 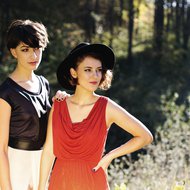 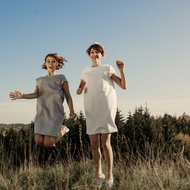 Elena Augustinaitė and Giedrė Nalivaikaitė go by the name of Elle G, and perform something that's pretty unique in Lithuania – a mellow, acoustic, swing and jazz-inspired mix of their own tunes and songs from many decades ago. Drawing inspiration from a time long before they were born, these two musicians formed a band in 2012 and released their debut album, Never Ending Story, in 2014. The record featured songs in Lithuanian, English and French, showcasing their passion for retro style and old scratchy vinyl records. One of the tunes covered, Sur le pont d'Avignon, is a traditional French song, and another one, He Loves Me, dates back to 1923. You get the idea. Using a sparse range of instruments - ukulele, melodica, kazoo, some shakers and, of course, their own voices -  they have managed to create a musical atmosphere that's cosy and warm, and works as well in 2015 as it would have in, say, 1935. Gigs in several countries, including the U.S. and Germany, quickly followed the release of Never Ending Story. While touring in Germany, Elle G were also filmed for Swing Stories, a film aimed at swing music connoisseurs. Since 2015, the duo have taken part in a social project that involves playing concerts for those in socially vulnerable situations, including performances in orphanages and nursing homes. While their debut album mostly relied on covers, in 2015 Elle G announced that they've written their own material for a possible second album release, which will feature more instruments and some changes in their sound.