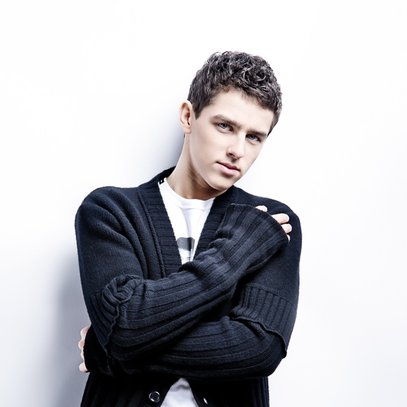 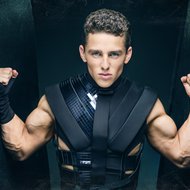 Donatas Montvydas (or Donny Montell, the name he sometimes uses for international performances) is one of the most prominent Lithuanian pop artists these days, as witnessed by his four trophies won at M.A.M.A. awards (Lithuanian answer to Grammys) in the beginning of 2013 – including Best Male and Best Album. And there's a feeling it's not yet his peak – collaborations with international producers are being discussed which could propel this talented singer's career into other markets, as well. Hard-working, with great vocal talent and a great showman – these are some of the compliments coming his way, and rightly so. Donatas was born into a family of former gymnast and rock drummer. He entered a TV singing contest at the age of 21 as a totally unknown performer and won it – the viewers were mesmerised by his vocal delivery, good looks and showmanship. More victories followed, including a Grand Prix of International Pop Music festival Slaviansky Bazar in Belarus. Performing material of Michael Jackson and Freddie Mercury (two of his favourite singers) soon gave way to original songs, written by Donatas himself. Many of these became hits and his reputation as Lithuania's bona fide pop star was further cemented in 2012, when Donatas was selected to represent his country in Eurovision Song Contest. With two albums, sold out tours of Lithuania, performance at New Wave festival in Latvia (one of the most-watched TV events in Eastern Europe) Donatas shows no signs of stopping. Whether singing with a symphony orchestra, judging up'n'coming singers in Lithuanian version of The Voice or making fans crazy with his r'n'b and club beats, Donatas feels equally at home. “I don't know any pop vocalist who's passionate about his craft and doesn't dream about winning a Grammy. That's my dream, too. However unrealistic it may seem”, Donatas says. He may have point - with his career on a constant rise throughout the last several years, nothing seems beyond reach.