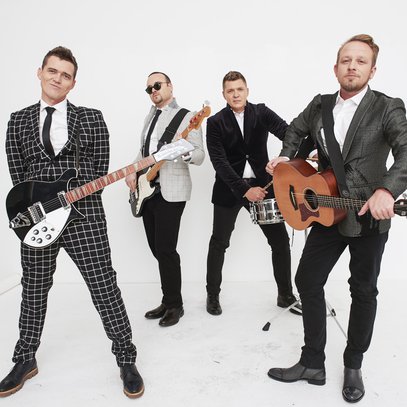 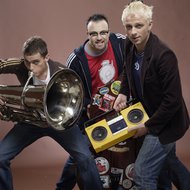 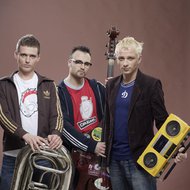 In the late 90’s, Biplan was a Lithuanian version of the then-popular light britpop sound spiced up with local features. A number of memorable hits that owed their success to simple yet beautifully sung choruses were produced during that period, followed by several years when the band recorded no new albums, instead concentrating on crafting one ‘killer’ single each year. In 2005, the new album titled Chuligans reflected a new face of Biplan - much more rebellious, quirky and imaginative. Their new sound was in line with the new inventive and danceable indie rock that was conquering the Western musical scene at the time, allowing enough space for catchy garage rock riffs, ska, Balkan jazz a la Bregovic and even some gothic melancholy. Meanwhile, their newest offering, Poison P.S. As if for the Last Time, released in early 2009, is already proclaimed their most mature work. And it’s certainly not the last time.