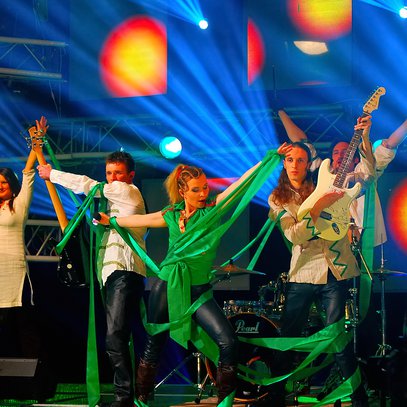 The faith-charged music of Ashtrey is powerful enough to provoke a spiritual awakening (the latter word, by the way, serves as the name of the international Christian rock festival that the band organize annually). The band’s name is pronounced almost the same as the Lithuanian word for ‘sharply’, and not by coincidence, it seems. The sharpness of sound is what enabled Ashtrey to become associated not only with the contemporary Christian music scene, but with the overall alternative music scene, evidently appealing to the rock-loving crowd gathering at cult events like the Rock Nights festival (where the band have performed). Yet their music seems to be just as accessible to the mainstream audience, having won them the Lithuania’s Top Ten TV show’s Debut of the Year title in 2006 and a place in the Eurovision contest’s national final. Let’s Break The Walls, recorded in Germany in 2005, is the band’s first and the only album so far, advocating the elimination of borders in both faith and music.

Windows to the World