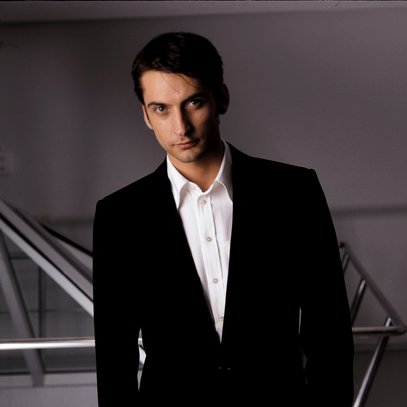 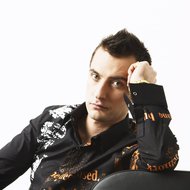 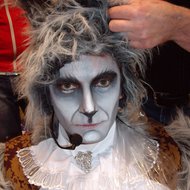 A romantic gentleman of Lithuanian music scene, Alanas Chošnau has been a well-known pop personality since the debut of his band Naktinės personos in 2001. Experimenting with Depeche Mode-ish electronic sounds and later flirting with acoustic rock, the band became one of the biggest names in Lithuania before amicable split in 2001. Starting his solo career straight away, Alanas changed his style, performing 'adult oriented pop' with hints of oriental sounds (a tribute to his Iraqi heritage). First album  Pusiau atmerktos akys (Eyes Half Open) sealed his position as a favourite with audiences fond of quality pop. Toying with an idea of expanding his appeal, Alanas recorded r'n'b-flavoured The Heat with American producers in 2006 – a track received rave reviews after its debut in national selection for Eurovision contest. Having performed in Karlshamn festival (Sweden) and won Radiocentras radio station’s artist of the year award in 2006, Alanas took a challenge of making a dance music album Aš kaip ir tu (I'm Like You), which was released in 2007. Even more intriguing release came in 2009 – Geri laikai (Good Times) delivered a powerful mix of modern electronic pop and new romantic sounds, expertly blended by one of Lithuania's top producers Mario Basanov. Miles away from some of his previous recordings, this proved  Alanas is still a positively unpredictable artist.