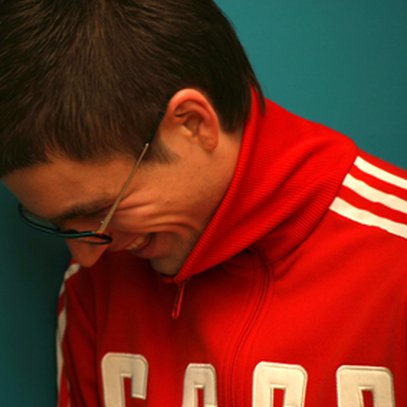 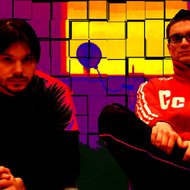 Justin Xara is a true son of the mid-90s Lithuanian rave scene, captivated by its key elements – massive parties, flashing strobe lights and thumping techno music – back in 1997. Shortly after, he himself became one of the key members of this scene, standing behind the decks at most popular techno parties. Since then, the electronic dance music scene became much more intelligent and refined, and Justin Xara shifted gears from in-your-face techno to more subtle genres like tech house or, most recently, electro-tinged progressive house. In 2005, he and Art G, a distinguished Lithuanian producer, composer and remixer, formed CCCP, a project that proved particularly demanded abroad, with a number of well-received releases on such benchmark progressive house labels as Pure Substance and Innovate. Justin Xara is also one half of Mixmasters, one of the key gig promotion teams in Lithuania.

Matt Samuels - One Last One

Justas Musteikis (Justin Xara, b. 1981) first heard electronic music sounds when he was 15 years old. A couple of years passed when he was gradually involved to the local rave movement in 1997 and visited for the first time a massive Strokes Temple party. Straight after that Justin started making music on his own computer, organizing events, performing as drum’n’bass DJ. Drum’n’bass was the first sound that Justin was hooked on. Later on came house music.

In 1998 Justin started playing at the most popular radio broadcast Mixas on Radio station Radiocentras. Since then Justin’s name has been printed on the posters of all biggest parties like Techno Valentine, Halloween Night, Strokes Temple, Electric Colours and lots of others. Later Justin was invited to organize events in Belarussia where he organized several parties at club Reactor also having gigs everywhere.

Experimenting with music and sounds settled that Justin’s style evolved to techno house and later on to the progressive and electro house. In the beginning of the year 2005 Justin and his mate Art G started a project CCCP. The first vinyl of CCCP was released in december 2005 on Innovate Recordings (UK) with remixes of Art G and Justin Xara themselves including a great Rhythm Code remix. CCCP - I Want Your Body release was supported by djs like Jody Wisternof (Way Out West), Inkfish, Osamu M, Moshic, Hernan Cattaneo. Art G and Justin are signed to Existence Records (www.existencerecords.com) where they have their All the Answers digital release with Paul K remix and Pure Substance records (www.puresubstance-records.com) where CCCP remix of Tony Estrada’s Balck Derby was released in July 2005. The tracks of CCCP have already won the recognition among the likes of Sasha, Sucker Djs, Andrew K, Chris Salt, Anthony Pappa, Jerry Bonham, Kasey Taylor, Chris Fortier and other big name DJs and producers in the dance music industry. Art G and Justin Xara mix session of the year of 2005 was aired at ETN and PROTON radio station, CCCP single I Want Your Body was presented by Hernan Cattaneo during his show on Metro 95.1.

Justin and his mate Dj Criminal have signed their track 5000kw to Deeper Substance Records (www.deepersubstance.com) set up by international dj and producer Demi. Deeper Substance include such artists as 16 Bit Lolitas, Shafunkers, Harry Peat.

From June 2006 Justin represents the most influential event agency in Lithuania – PURE (www.pureculture.lt).