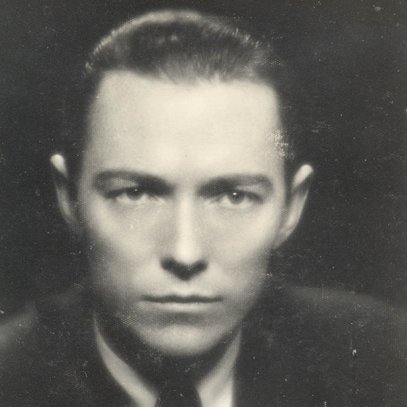 Up to this day Antanas Šabaniauskas (1903–1987) is considered to be the most sought-after artist of the little stage in interwar Lithuania. His intensive professional career lasted for six decades. Huge number of copies of his records was circulating throughout Lithuania. Šabaniauskas sang with Moishe Hofmekler’s orchestra and Alfonsas Mikulskis’ vocal male octet. He took part in musical programmes in Metropolis and Versalis restaurants, sang in the State Theatre Opera choir, appeared in minor tenor roles. His voice was also heard in radio broadcasts as well as in concerts around Lithuania. His success inspired Lithuanian composers Kajetonas Leipus, Emerikas and Stasys Gailevičiai, Juozas Bankas, N. Naikauskas, Juozas Pakalnis, Jurgis Karnavičius, Leonardas Lechavičius and Pranas Juodka to compose for the little stage. Šabaniauskas performed foreign schlagers almost exclusively in Lithuanian. He recorded 64 works (32 LPs) in London (Columbia) and Copenhagen (His Master’s Voice).

Antanas Šabaniauskas (1903 – 1987) was born in Jurbarkas. He learned singing from Jonas Pocius, an organist at the Jurbarkas Catholic Church. Having lost his father at an early age, Šabaniauskas was raised by his mother who had no resources for son’s education. Since 1923, with her sister’s, living in the USA, support he lived and studied in the College for Salesian Monks in Este, Italy, where he learned Italian and received basic instruction in a vocal technique. In two years, Šabaniauskas went to study in Verona. He sang in Cathedral choir and studied solo vocal under the guidance of Don Angelini. In 1927, he returned to Lithuania. Having heard Šabaniauskas’ singing, Borisas Dauguvietis, a director of the State Theatre, invited him to join the Theatre choir. Šabaniauskas also appeared in minor tenor solo roles.

Having spotted the lyric tenor fit to sing schlagers, the representative of Columbia label in Kaunas invited Šabaniauskas to record 13 LPs in London. Later he again recorded in London (Columbia) and Copenhagen (His Master’s Voice). Overall, he had recorded 64 works (32 LPs). Šabaniauskas became one of the most sought-after artists of the little stage. Huge number of copies of his records was circulating throughout Lithuania.

In post-war period Šabaniauskas sang in Opera choir and various collectives of the Lithuanian Philharmonic Society. Undeservedly accused of promulgation of bourgeois art by Soviet ideologists, he was obliged to stay silent for a long time. Upon his return to estrade in 1972, he earned accolades singing in Dainava and Šaltinėlis nightclubs in Vilnius, took part in various restaurant concert programmes in Palanga and Druskininkai. In December 1983, on the occasion of his 80th anniversary, he gave his last concert for Jurbarkas audience.

Šabaniauskas died after a grave illness on February 9, 1987. He is buried in Rokantiškių Cemetery in Vilnius.