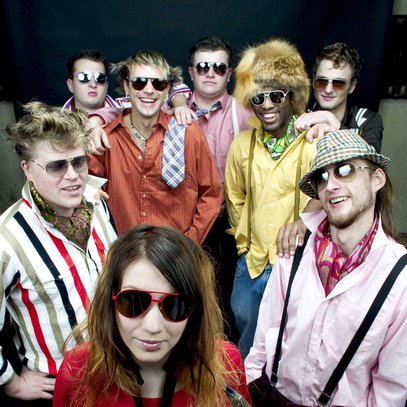 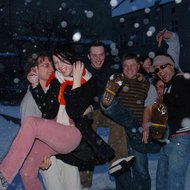 What started as a fun project of music students, today is arguably Lithuania's biggest funk act. Never chasing musical trends, Saulės kliošas stick to their love of music style that's not exactly the most popular in Baltic states, and prove there's an audience for it – getting a ticket for their show is quite often a difficult business. One of quite a few acts to successfully perform both in most fashionable nightclubs and respected jazz festivals, this bohemian crew are perfectionists when it comes to recording – they're currently in the process of making only a second album of their five year career. The band's singer Daiva Starinskaitė has won numerous contests of jazz vocalists.

Saulės kliošas got together in the summer of 2000 to play mixture of jazz, funk and disco. Since then band has been successfully participating in various regional and international musical competitions winning numerous awards and positive responses from the public as well as music professionals. In 2000 and 2003 the band took part in Šiauliai Jazz Festival, in 2001 and 2003 played the gigs at Kaunas Jazz. In 2003 the band recorded its first album "Stubidubap", which was released in 2004.