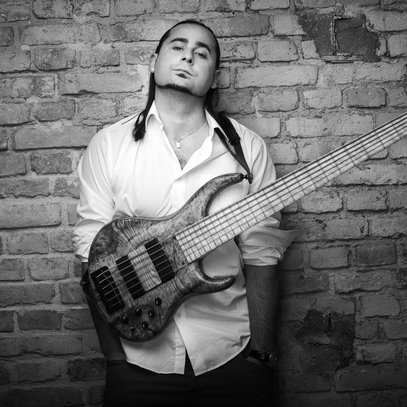 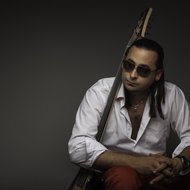 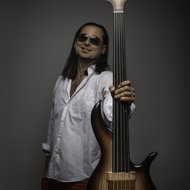 A jazz artist who made his debut as a teenager on the stages of international jazz festivals, today Domas Aleksa is being hailed as one of Lithuania’s top bassists. Along with his virtuoso bassist skills - his particularly impressive slapping technique distinguishes his playing - Domas also composes his own works.

Aleksa started his musical career at the Balys Dvarionas music school at the age of six, playing the cello, and after seven years of classical training switched to bass guitar. In addition to his formal studies, he began to play in clubs to gain more experience. He also attended the Firda Upper Secondary School in Norway before studying at the Jazz Department of the Vilnius Music Conservatory.

This young talent made his first appearance on the stages of international jazz festivals at the tender age of 16, and before long he had become probably the most popular bass player of his generation. Together with his brother, drummer Marijus Aleksa, he formed a strong rhythm section, which became a kind of hub for young musicians in Lithuania in the first decade of this century. Grooves and riffs created by the Aleksa brothers featured in the music of bands including Guerila Jazz.lt, A.I.R., Groovy Taxi, Brassbastardz, Skamp and many others.

In 2004, Aleksa made his debut as a band leader, fronting the newly formed group Domas Aleksa & d‘Órange, whose musical cocktail included elements of jazz, funk, hip-hop, r&b, soul and fusion. The band enabled him to realise his creative visions, culminating in the recording of the album Domas Aleksa & d‘Órange (2012). The album featured collaborations with a number of guest performers: Brazilian percussionist Gaio de Lima, Senegalese rapper Xuman and Italian saxophonist Roberto Manzin. Having started out as a composer and arranger for his own band, today Aleksa has established himself as a jazz composer. The album Domas Aleksa & d‘Órange consists of his own compositions with a single exception (“Black Orpheus” by Lui Bonfa, performed as a bass solo). One of his compositions, “Suppose 2 B Latin,” featured on “From Blues to Sutartinė” (Music Information and Publishing Centre, 2013), a collection of Lithuanian jazz standards.

Aleksa has performed with a great number of young Lithuanian jazz musicians, as well as prominent international artists such as American singers Otis Taylor and Philip Hamilton. He has appeared in special festival projects together with American drummer Terri Lyne Carrington and the Tunisian guitarist and lute player Nabil Khemir. He has also had a long-time collaboration with Estonian singer Sofija Rubina and Filipino guitarist Robin Aristoren.

In addition to his own bands, Domas Aleksa plays with a number of other groups. In 2012, he replaced long-term band member Leonidas Šinkarenka in Dainius Pulauskas’ band, enriching the group’s sound with new colours and textures. He has recently been performing with two jazz musicians from Cyprus, Leonid Nesterov and Andreas Stephanou.

With various groups and collaborations, Aleksa has participated in every major jazz festival in Lithuania. He has toured China, and featured in jazz festivals and forums in London, Ottawa, Tokyo, India, Ethiopia, Turkey and many other countries.

Unsurprisingly, this talented and productive bassist is a highly sought after studio musician, and his bass guitar can be heard on almost thirty different albums.