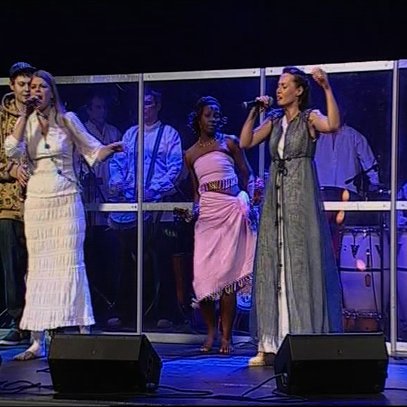 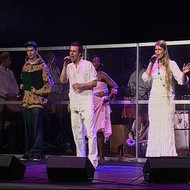 The concept and music of the musical mystery play ZAP. The Four Elements was developed by a group of four young Lithuanian composers – Linas Rimša, Giedrius Svilainis, Jonas Jurkūnas and Martas B. Their innovative approach to the unique legacy of Lithuanian folk music as well as a keen ear for the most unexpected linkups with the music of other nations made for a true musical show, throbbing with energetic vibes of live voices, percussion, electronics and video projections. Originally devised for the closing of the Capital Days 2006 in Vilnius, the act was later shown in its chamber version, with participation of well-known Lithuanian performers, Hand Voices percussion ensemble and a Cameroonian singer, Diana Meyo.