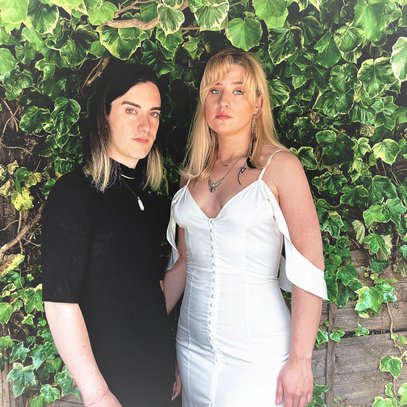 Yorige is a new collaboration from singer Jorigė Jurgutytė (aka Aaron Fross) and producer and instrumentalist Niels Bakx (aka Baba Ki). The pair have been working together for almost seven years, but only recently, inspired by political events in Europe, they decided to create a duo for experimental neo-folk music. Jorigė has been immersed in folk music since a young age - her family and her grandfather Jonas Trinkūnas were particularly known for the revival of the old Baltic religion. Jorigė continues her family’s path in the development of the Lithuanian folk sound. With the help of Jorigė's partner Niels Bakx, who has been engaged in alternative music since his teenage years, the pair has managed to make folk songs sound relevant today.