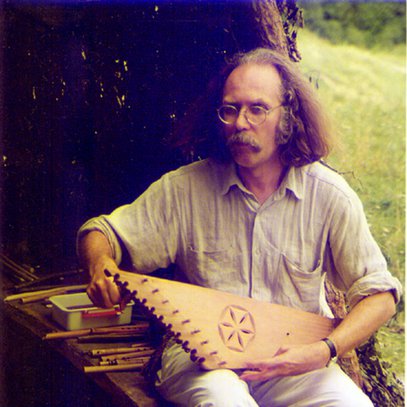 Called ‘the father of folklore’ and the pathfinder of post-folklore in Lithuania, Evaldas Vyčinas has reconstructed and brought back to the stage a variety of early folk instruments – kanklės (the Lithuanian type of zither), bagpipe, hurdy-gurdy etc. He was the first to spread the songs notated by the folklore collectors of the 19th c. Antanas and Jonas Juška, accompanying himself on the nine-string kanklės, and his interpretation became a model one. Evaldas Vyčinas’ singing is a kind of meditation; he enchants the listeners even if they don’t understand Lithuanian. His arrangements for kanklės were adapted to the songs from other 19th century collections (Liudvikas Rėza, Christian Bartsch). Evaldas Vyčinas performs them solo, with his wife Daiva Vyčinienė and with his folk band VISI.