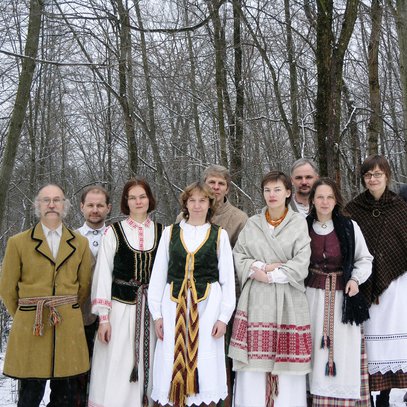 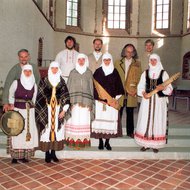 VISI was established in 1980 as a student folk group, for 15 years the band has retained the same structure – 6 women and 6 men, which is the reason of their excellent joint singing, playing and mutual understanding. The core repertoire of VISI consists of polyphonic songs sutartinės, calendar and ceremonial songs. The band is famous for its unique performance of the songs of Samogitia (West Lithuania). Their singing is ‘unpolished’, ‘full-throat’. This tradition of singing has been mastered during folk expeditions (more than 20). The band also plays early instruments, no longer used or unpopular in villages. From the very beginning of its activity, VISI tended to break the former stereotypes of ethnographic singing, music making and stage image, and made a great influence on the folk bands under formation in that period.

X
The Songs by Liudvikas Rėza - We will come together