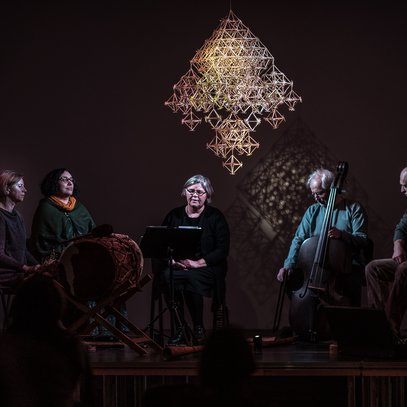 Vilko pupos (Wolf Beans) are a group of six highly experienced folk performers who sing and play Lithuanian folk music, craft musical instruments and organise chamber folklore events. Since 2015, the band has been creating unique interpretations of Lithuanian multipart and other folk songs, diversifying them with both traditional and unexpected instrumental chord changes. Their repertoire includes peaceful, meditative compositions based on local folk songs and performed in various genres. Vilko pupos have released two albums so far, and this is a track from their most recent album, Žolynai (2019).