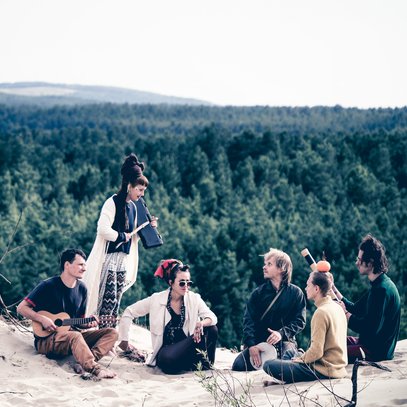 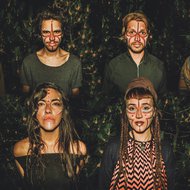 The Uprising Tree ensemble was formed in 2015 and is made up of eight permanent members. In 2017, after attending one of the Rainbow Gathering events, the ensemble released their first album Rainbow People, with songs in Lithuanian, English, and Swahili. As explained by founder and singer Danguolė Petrikaitė, the virtues of mindfulness, connection to nature and love for all living things promoted by the Rainbow movement served as inspiration for the album. The music on the album oscillates between the reggae and dub genres. An interesting addition is the use of a traditional Lithuanian birbynė, played by composer and saxophone player Algirdas Janonis.