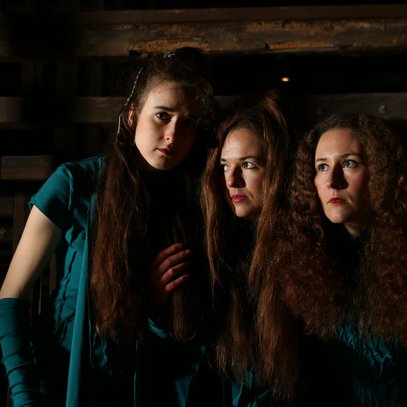 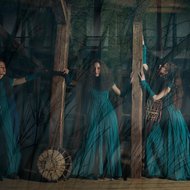 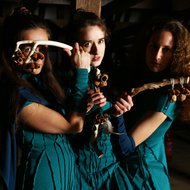 Sen Svaja is a Lithuanian world music band based in Vilnius and formed in 2010. The band consists of Dorotė (vocals and percussion), Živilė (vocals, kanklės and percussion), Agota (vocals, kanklės, and percussion). The three ladies are like three mythological witches because of their outfits and the music they perform. The genre varies from experimental post-folk to meditation. Ancient melodies are enriched with oriental, Slavic and jazz elements. Sen Svaja is mainly interested in ancient Lithuanian folk songs and folk music worldwide. Members experiment with music and performances as well, and they can surprise with minimalistic theatrical elements. Sen Svaja participates in many festivals and events in Lithuania and abroad; they organize their own performances. The band name comes from sen swajjais which in the Prussian language means "with our own", "with those who we know", "with relatives". In this way Sen Svaja make the audience their own relatives with their musical rituals.