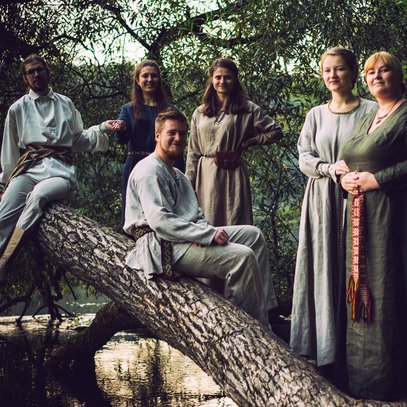 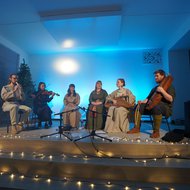 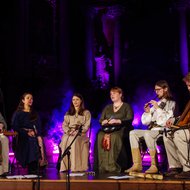 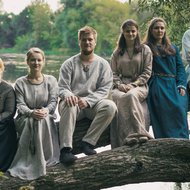 Rana is a Lithuanian band who sings Lithuanian folk songs and searches for new interpretations of old Lithuanian folk music. The word rana in Sanskrit means “whispering to gods and goddesses“. This word is also found in Lithuanian folk songs. The meaning of the band's name represents the music Rana creates and performes. Rana has a goal to discover secrets of folk music and share them with listeners. The band started in 2013 and participates at folk, post-folk and folk-metal festivals in Lithuania, Latvia, Portugal, Spain, France and Italy.