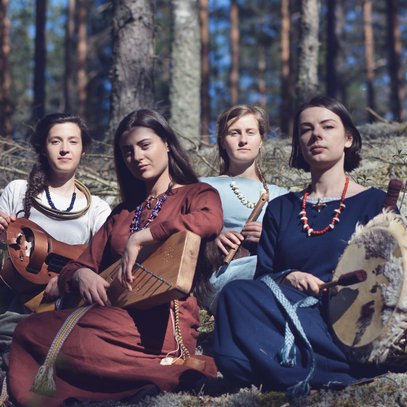 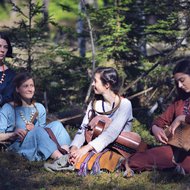 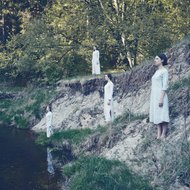 Obelija is a folk band of four Lithuanian women, who collect old folk songs and perform them in a traditional, but unique way. Using traditional instruments they arrange and play the songs with their own signature just like people have done for centuries when songs were not written down and finalized in songbooks, but taught orally from generation to generation. The women gather material by travelling around the country, visiting those who still sing the songs they learnt from their grandmothers and grandfathers back in the beginning of the last century. These expeditions have yielded many previously unknown and forgotten songs, adding to the women’s growing repertoire. For their live performances, band members wear reconstructed Baltic clothes from the 10th and 11th century, which they make themselves using old techniques as their interest in history isn’t limited to music alone, but also includes crafting amongst other things. Every performance by Obelija takes you back to the time when their culture was born. Melodies and lyrics from hundreds of years ago meet their youthful energy and improvisation, just like it would have been back then when the village elders taught their culture to the next generation.