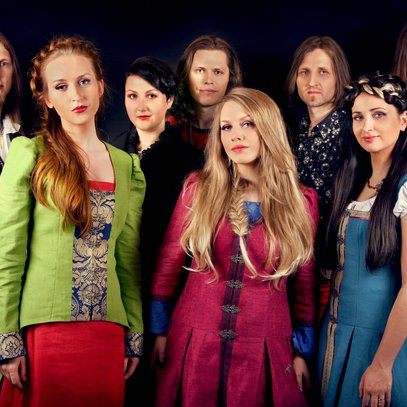 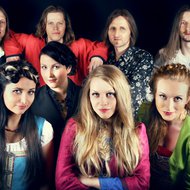 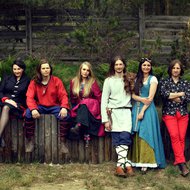 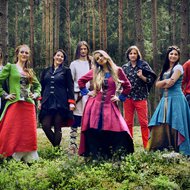 Marga muzika, a world music group, performs folklore of various nations enveloped in the sound of Lithuanian instruments. In the group’s traditional programmes the Lithuanian folksongs and sutartinės are complimented with ancient Latvian, Slavic and Balkan as well as other melodies accompanied by mandolin, cello and bagpipe. Combination of different languages, painfully familiar tunes - that is Marga muzika. The group was formed in 2009. Having performed in post-folk festivals in Lithuania and abroad, the group has everything that is needed for world  music genre: wish to nurture ethnic music tradition, resourcefulness, original arrangements and excellent
performers, who are no tyros on music scene. Majority of them are music professionals, also playing or singing in various other formations – from metal to rock and even classical. It is this particular diversity that has been praised by the audiences and critics in festivals in Lithuania and abroad. Lurita Peleniūtė, the founder, leader and vocalist of Marga muzika, has been a member of Žalvarinis, a widely known folk group, for more than a decade. She also teaches folk singing.