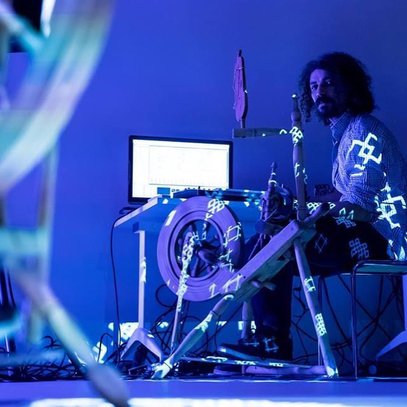 The concept of sutartinės immediately takes many people’s thoughts back to antiquity and past times. However, the works of Victor Diawara and Laurita Peleniūtė – guitarist and music producer, and folklore researcher and performer – are definitely not for museums. The duo build a bridge between folklore and the modern listener and invite you to discover authentic sutartinės in a different context of electronic music. According to Diawara, there is an educational direction, to introduce cultural heritage to young people who are perhaps less interested in folk music. But at the same time, it is an opportunity to present the songs to a much wider audience, not only ethnic music listeners. This project can confidently appear anywhere in the world and represent Lithuania and Lithuanian culture.