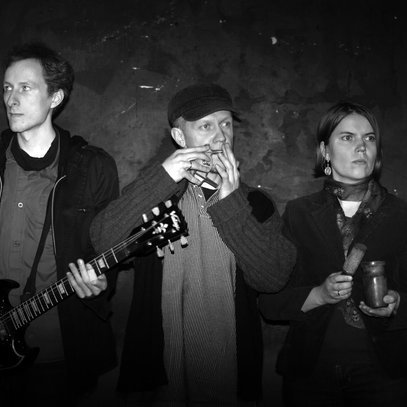 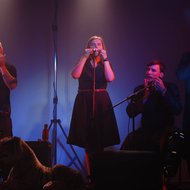 Egidijus Darulis is an artist working in the genres of painting, sculpture and printmaking. In addition, he is a photographer, poet, actor and musician, and is most probably best known as a virtuoso of the Jew’s harp. He began to play this instrument having received it as a gift from his brother. In Lithuania, metal Jew’s harps were found by archaeologists in the territory of the Trakai Castle and date back to the 14th century, which proves that the instrument was part of the musical scene of the rulers’ court of the Grand Duchy of Lithuania in that period. In later times folk musicians took up this instrument as well. In his music Egidijus makes use of folk elements but creates original compositions.