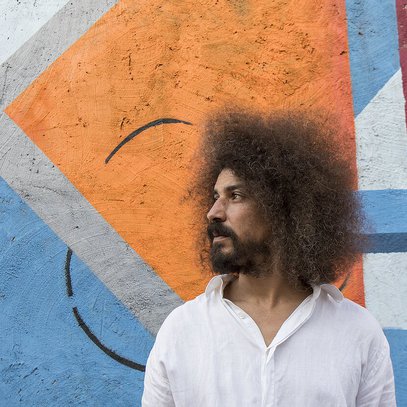 Afrodelic is an intriguing mix of African music and electronic rhythms by the guitarist/producer Victor Diawara. Lithuanian-born Diawara offers a diverse collection dedicated to his Malian father – the celebrated poet and scholar Gaoussou Diawara. His touching salute takes the form of immaculate production that swims through crisp guitar playing and inspired writing. Afrodelic’s rhythmic personality is a testament to and cherishing of Mali and its home-grown musical heroes: a magnetic parade of that vibrant intersection between personal and cultural history. Thirteen years after work on Afrodelic’s solo debut began, it has arrived. "Dusunkun Hakili" (2022), meaning ‘memory of the heart’ in Bambara, is unforgettably rich in both texture and allure. The eclectic force driving its tracklist provides an anticipatory listening experience that never runs dry.