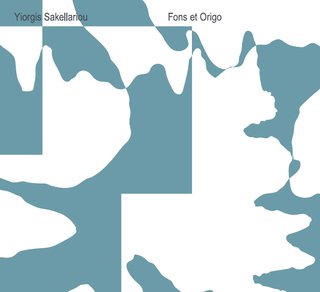 Fons et Origo (Latin for “source and origin”) is an electroacoustic composition consisting exclusively of field recordings from the River Neris in Vilnius, Lithuania. The composition explores the connection between music-making and mythology and interrogates the mythological meanings of rivers and water: the eternal flow and the notion of death and rebirth.

The anthropologist Claude Levi-Strauss has explained that in modern times music has taken over the emotional and intellectual functions originally served by mythology. Various myths around the world reveal that rivers signify a journey between worlds, they are thresholds, borders, liminal spaces that fuel the human imagination with awe and wonder. In turn, water encompasses all of the possibilities of existence. To immerse into it is to dissolve all forms.

Fons et Origo is based on recordings of water flowing and freezing, as well as various meteorological phenomena such as wind blowing and snow falling, that are combined with sounds of human activity and the city’s soundscapes. The recordings were made using standard and contact microphones and hydrophones. The river and city sounds include diverse musical qualities, some gentle and comforting, others sinister and ominous.

Ultimately, the composition encourages active listening as the main method of engagement and interpretation. Listening to Fons et Origo is a holistic and synaesthetic experience, a poetic act, the construction of a here-and-now reality, expanding between the tangible and the elusive.