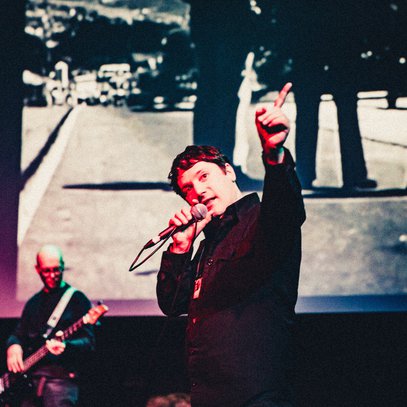 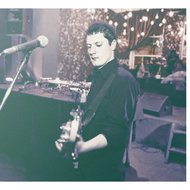 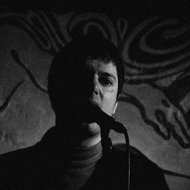 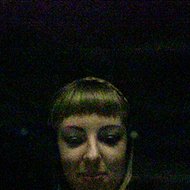 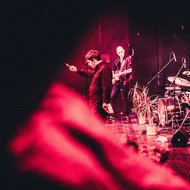 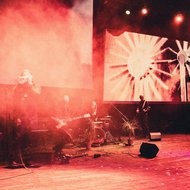 Like a diamanté, for over 15 years the music of VRR has been making flashing appearances at various Lithuanian events and their by-corners. The music of the Vilnius-based founder of the project Marius Stavaris is deeply rooted in the ‘puddles’ of punk rock. Nevertheless, VRR’s endeavors confirm that the self-imposed labels of avant-pop, pseudo-world or cultural-rave provide a more accurate description. Synthpop (with some hues of pop and electro) is yet another good term that helps locating VRR’s whereabouts on the music map. Its lyrics defy logic and convert various social norms into a ‘daring vertigo’. The beats glitter and summon to dance, while the bass and guitar parts intertwine ironically. This is the ‘most disliked Vilnius band’ and simultaneously a frequent player in the capital’s music scene.

Back in 1996 and 1997 when the band was still forming, the project’s initiator Marius Stavaris collaborated with Kastytis Kastetas (then a member of the punk band Marichuana and later a member of the hip-hop project G&G Sindikatas), as well as with Smalkė-Saulius Drunga (presently a film director, author of an ironic urban drama Anarchy in Žirmūnai). The band performed regularly at the underground club Geležinis Kablys; they valued live performances and at the same time were inspired by the ‘illegal Manchester rave parties’. Following some changes in the membership and the overall sound aesthetic, the band found a formula which still defines their music today: groovebox generated electronic passages and introvert rhythms, all ‘seasoned’ with guitar sounds and topped up with ironic vocals of Eglė Naujokaitytė Muk. Following her departure Marius Stavaris himself undertook the role of reciting texts. It is worth mentioning that Stavaris joined a duo Tytia Mina Teremina, often seen as VRR’s doppelgänger in terms of sound and aesthetic, but has been recently focusing more on VRR, making it his prime group yet again. The band has gained new members and sometimes performs under the name of Darbo džiaugsmai (Joys of Labor). Its discography is as multifaceted and equally difficult to document as the band itself. It consists of digital files, compact discs and even a vinyl released by the Dutch label Bordello A Parigi.