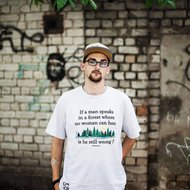 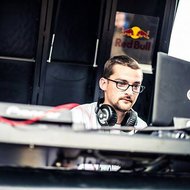 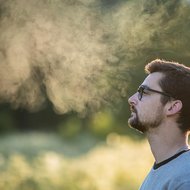 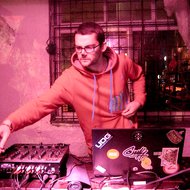 The pagan Lithuanian god Vėjopatis is a disguise for Nikolajus Polujanovas from Vilnius who chose the name of the ruler of seas and winds to represent the currents of his pulsating music. Images of the past drift in as deep-coloured waves of dub and techno above which the dreamy fragments of ethno flutter carried away by sea winds. Folklore presupposes inner quietness while electronic wanderings give it a chance to open its buds slowly in the present. Through unhurried and breathing deep techno, the music by Vėjopatis reveals visions of nature while its downtempo contemplation offers a chance to stop and listen to the sounds around you. The project, active since 2011, is a resident of the Lithuanian label Cold Tear Records the musical habitat of which might be defined by the stylistic properties of Vėjopatis. Apart from abstract expanses, its music leaves enough space for intimacy and private experiences. There is no particular imperative underlining the music which resembles a dance liberated of any rules or the electric present made real through the modes of traditional folk music that reach us as echoes of the past that reinforces the present.

The author of the project, Nikolajus Polujanovas, has been interested in electronic music since his school years. Vėjopatis stands on a fairly solid fundament of his musical practice, especially electronic. While strolling the valleys of ambient and chill, Nikolajus was engaged by a number of musical styles before he discovered dub techno hiding in dusk. It was the latter style that made a decisive impact on Vėjopatis as far as its sound qualities are concerned.

Its debut album, Taškas (Full Stop), was released in 2012 by the Lithuanian label Cold Tear Records. The recording, followed by several club performances, earned Vėjopatis a place in different open air festivals, such as Tundra, and Mėnuo Juodaragis.

These were the events that prompted an even more dynamic creative exploration which resulted in Medžių Aidai (Echoes of Trees), the album released in 2014. According to the author, the recording is somewhat colder and influenced by urban life. On the other hand, he noted that the urban current was very much alike a flowing river. His second album has been acclaimed by bloggers in Lithuania and abroad. Later Vėjopatis continued taking part in various musical events, including the Minimal Mondays parties in Vilnius and open air festivals in Lithuania, Latvia and Estonia.

French label Quiet Strenght Records released its EP Milžinų Pasakos (Tales of Giants) in 2014. It took one more year for Vėjopatis to contemplate his recent experiences and reveal them in Anafielas, the third, and last so far, full-length album named after the legendary pagan mountain of the dead.