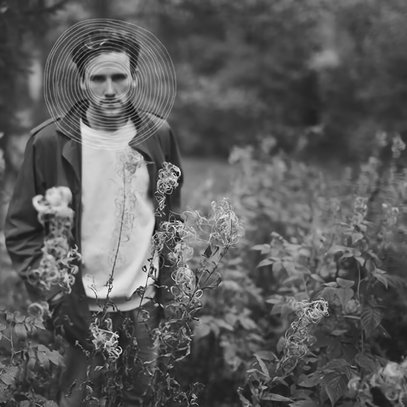 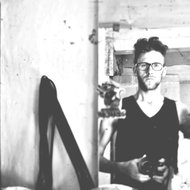 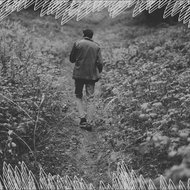 It may seem that rhythm is an indispensable component or even a founding base of music by Sraunus. Yet it should not be considered a rule-setting agent but rather a part of the soundscape that flows as a refreshing stream. The intrinsic values of ambient are just as important here because of their virtual ever-presence, be it a softly pulsating dub techno or a spider-web-like minimal dangling in the space. Sraunus, or fast-moving, a Lithuanian adjective denoting a stream, suits well to describe the soundscapes by Paulius Markutis. Although he uses electronics to generate sounds, the atmosphere he creates has little in common with the urban environment. His music evokes the images and moods usually attributable to the nature, be it a dreamy afternoon at the lake, a walk in the forest or a gust of fresh air by the sea. These are the impressions that suggest the link between the physical and the spiritual. His rhythmic structures induce vibrations inside a listener’s body; these vibrations, in turn, interact with deeper strata of consciousness and trigger unworldly states of being. In this context, the author’s decision to omit the duration of the pieces on Bandcamp seems to be deliberate. In a way, it may be seen as a camouflaged proposition to switch off the utmost rationalism in order to experience the irresistible flow of sound.

It was early in his childhood in his native Panevėžys that Paulius Markutis first encountered music, through happy discoveries of comb playing and singing in his own invented language, something not uncommon for a child. Yet unlike many, Paulius later integrated his childish entertainment into the fundament of his musical endeavours the more or less distinctive features of which began showing up in his teens. Understandably enough, he then was a keen imitator of some of his favourite artists. Early experiments, however, helped him gain technical skills and articulate personal concepts of music and creative work. He made his debut in the form of a digital mini album released in 2007 by Signorafranca, a small Italian label. Back then Paulius used a different alias, Vamzdys, an intentionally misspelled Lithuanian word meaning a tube, which he soon changed with a subtler one, Sraunus, an adjective that usually describes a fast-flowing river. Since 2007, he has recorded a dozen of albums, including several EPs and compilations, released both in Lithuania and abroad. Most of the releases are digital, yet Sraunus has also used other media, such as CDRs, cassettes, and vinyls. In addition to his work in the recording studios, Sraunus takes part in festivals and other events dedicated to electronic music to express his artistic ideas.