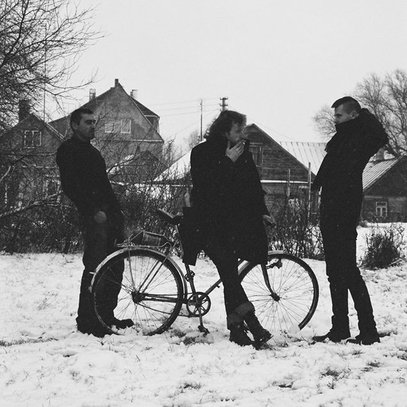 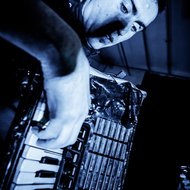 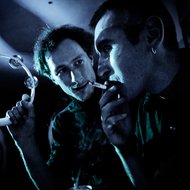 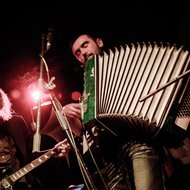 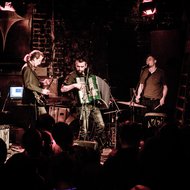 Regardless of interpretation, stylistic contours outlining the music of Rumunija (Romania) gain their full value only when considered against the aesthetic nucleus of the project. The latter is consciously bucolic and has tendencies towards self-irony. All the above is rooted in a peculiar ‘pastoral elegy’, where observations about everyday life possess philosophical weight. The postpunk rhythms, cool and charged with the sense of urban isolation, are juxtaposed against the sounds of accordion, while the programmed rhythms stumble with the addition of a hoarse, slightly off-pitch voice. These are the constituents that add yet another dimension to Rumunija and create distance between its music and the accepted stylistic canon. The lyrics border humor, which stems from the previously mentioned tendencies towards self-irony and a personal aesthetic take on neo-cabaret. If sailors’ songs from the Mediterranean unquestionably comply with these stylistic requirements, why can’t the vernacular reality from the local environment find its place here too? The band also indulges in melancholic modes and psychedelic sonorities, interlaced with guitar passages in minor tonalities. The experimental repetitiveness and the aforementioned details of the form once were described rather paradoxically, and even grotesquely, as ‘rural anti-goth’ music.

Rumunija was officially formed in 2010, but a pre-existing project Velniava is believed to be its forefather. Its first creative steps in Šiauliai resulted in a few records and served as a musical/aesthetic foundation for the new band. Rumunija, formed in a geographic triangle of three Lithuanian places (Baukai-Radviliškis-Ukmergė) focused, at its earliest stages of existence, on the realities of the provinces, and influenced by the modern music was developing its bucolic-psychedelic language. At the dawn of its activity the band produced very few records. In 2010, after performing at Velniop, an event of ‘weird’ music in Vilnius, Rumunija gained more tangible presence. The performance, memorable for the band’s carelessness and anti-professionalism, left half of the audience feeling skeptical, while the other half was intrigued with the freshness they offered. For many the records of Rumunija became their first acquaintance with music from a seemingly near, yet simultaneously unfamiliar geographic location.

During its lifetime the project had three members: Anton Zolotenkov (programming, percussion), Arūnas (accordion, vocals) and Andrius Vyšniauskas (guitar), who alongside his involvement with the band, also pursued a solo career.

The band’s first album with a plain title of I was followed by concert proposals on a national scale. Its second album Giminaičių balsai (Voices of Relatives) was released in 2011 and featured a similar musical thread, but had a more significant sound-presence of the guitar. Its live shows continued to create an atmosphere of casual entertainment, mixed with experimental soundscape. Some tracks, such as Tėvai! became the underground hits. That same year the band played at the audiovisual poetry festival TARP! in Vilnius, showcased, once again, its erratic character at the Kirtimai Cultural Center in Vilnius and performed at the Homo Ludens festival in Jonava. Both, the public and the members of the band were starting to catch on to the peculiar band’s live-show behavior. When it seemed that the band started becoming monotonous, it released a new EP – Feliksas (2011). This brand new work opened a new chapter in the band’s creative biography. This was followed by a period of scarcer releases and fewer performances. Rumunija was becoming increasingly less active, until in 2013 the hiatus was interrupted by a new release Kiekvienas vaikas nori turėti žvėrį (Every Child Wants to Have a Beast).

In 2014 the music of Rumunija was first featured on factory-pressed CD – split album, next to Vilkduja and Obšrr. Despite it being the most widespread of all of the band’s releases, the band (unofficially) hinted at its dissolution. The fact was further reinforced with its 2015 EP cassette Aplinkybė (Circumstance). The information on the cassette cover referred to the years 2010-2015, marking the band’s break up. Although its stage presence in Lithuania was relatively short, Rumunija did become one of the most memorable musical phenomena of ‘otherness’.