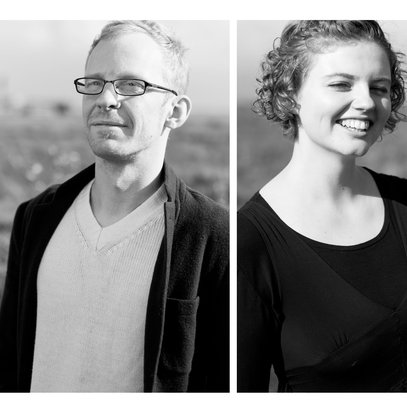 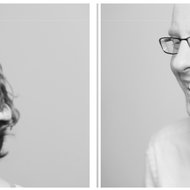 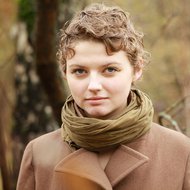 This duo, formed by “juggler of sounds” Aivaras Ruzgas and singer Eglė Sirvydytė, faced the light of day in the beginning of 2011. It sometimes seems their biggest prerogative is to distance themselves from the  “pop star“ notion as far as possible. They even chose the name which is kind of tricky to memorize and a bit of a pain to find on Google search. Still, mmpsuf couldn't retain their mystique for too long. The interest is growing with two albums Expeditors and Retina under their belt – releases that bloggers in Japan, Australia and Italy are raving about. You can find the band's name on the posters of Lithuania's biggest festivals and best clubs – and the crowd of followers is growing steadily. The music? Well, if you ever tried to pigeonhole Björk, you probably know what a pointless task it is. Like that great Icelandic innovator, mmpsuf defy categorization. An aural equivalent of a fireplace in winter and a refreshing lake in summer – see, we're getting all poetic about it. Indeed, these are sonic soundscapes so lush and fragile we'd recommend switching your phone off – there's a genuine feeling an untimely beep could break this music into pieces. „For beauty, no matter how sad“ is a motto of the band's sophomore album. And that, in a nutshell, is what mmpsuf music is all about.

The onomatopoeic name of the project mmpsuf means sound. The project was born from the feeling of friendship, which was expressed through creative playfulness.

The creation of mmpsuf has always consisted of the electronic sound and acoustic sound. Both sounds - both worlds - have unlimited possibilities, that’s why the form of mmpsuf hasn’t changed till now and may remain unchanged, whereas the content, the idea of the compositions and the fabula of the albums may vary.

The lion’s share of the creative process is taken by a simple conversation between Eglė and Aivaras. They ask each other how it is going on, what discoveries or losses are in your mind at the moment, how your ego is doing - and what you are doing to contain it.

This way, the creators of the project find common ground about the main ideas of the songs and after developing them come to the instruments. After some time they start to see the outline of the album’s concept - this way their first release Expeditors (2010-2011) was born. It talks about the relationship between human and animal who are both facing life, death and universe. Later on, mmpsuf released Retina (2011-2012, 2013). It can be related to God’s retina, the beauty that is seen by it and us - people, who form it.

Expeditors, the first mmpsuf release of early 2011, is dedicated to all living beings that serve great missions without even thinking about it or getting any appreciation. Whether it is sending a dog to space or human expedition in life and death - all of them share the same features: the choice (or lack of it), the mission (not to be perceived), the oblivion (not to be realised) and the beauty (the saddest one, no matter how beautiful).

Retina, the second mmpsuf album was released on the 1st of February, 2012. Along with other objects of the outside world, it presents itself to the watcher by knocking on the photosensitive cells. The cells open widely and escort the guests upstairs, where the mind is waiting. Then they keenly assemble the Beauty. Dedicated to the Beauty (no matter how sad) mmpsuf continues its expedition.

mmpsuf performs in the main festivals in Lithuania, as well as in neighbouring countries. On January of 2014, mmpsuf has played a full concert on national Lithuanian TV channel - Opus Ore. https://www.youtube.com/watch?v=SvBkglzlW60

For the last decade, Aivaras has been composing music for theatre and audiovisual projects (with poet and playwright Gabriele Labanauskaite, video artist Vitginijus Malcius), he also works with a prominent Lithuanian audiovisual poetry band AVaspo. This experience has helped to shape his perception of music composition and sound, adding strong visual qualities to it.

Before mmpsuf was born, Egle was playing as a solo artist song-writer in more acoustic-jazz-folk context. In 2008 she gathered a jazz band (together with Nerijus Bakula, Saulius Petreikis, Maksim Perepelica, Dovilė Vastakaitė). In 2010 Egle released a few works with music project Dykumos (together with Domas Strupinskas, Paulius Adomenas). At the moment Eglė has her own solo project, sings in Kurak band and writes music for films, theater and dance performances.