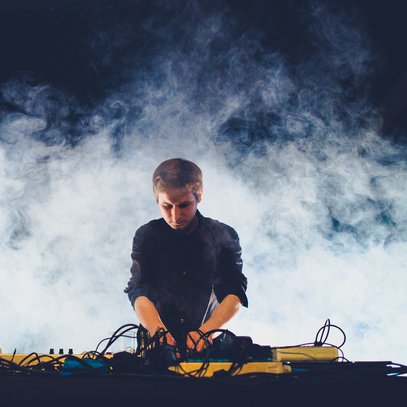 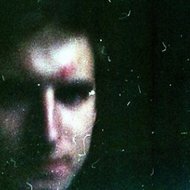 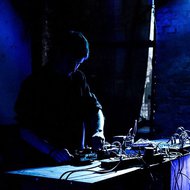 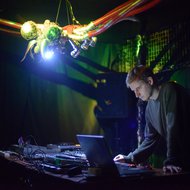 The works of Vilius Šiaulys materialise in three of his avatars: his solo drone/noise project called Lys, a postindustrial noise duet Tiesė and the experimental electronic music quartet Twentytwentyone. Yet still, Lys remains the most frequent, active and the most personal sonic incarnation of Šiaulys. It dates back a decade and has witnessed many shifts and drifts in the creative language of the sound artist. His live performances draw a sound ‘path’ made of loops of change and repetition, and the journey it offers preserves an undisturbed balance between the clarity of ambient, the harshness of noise and the density of drone music. All albums by Lys, just like his live sessions, resemble a crisp and harsh sound experiment that is simultaneously imbued with something familiar, nocturnal and nostalgic.

Vilius Šiaulys began performing in public in 2003. His present-day work differs significantly from his early IDM and ambient pieces. Today he performs as a solo artist with his drone/noise project called Lys. He is also a member of Tiesė (Straight Line), a post-industrial noise duo established in 2011 (with Antanas Dombrovskis) and Twentytwentyone, an experimental electronic music quartet (feat. Arturas Bumšteinas, Antanas Dombrovskis and Lina Lapelytė), born in 2006.

The artist regularly performs under the pseudonym of Lys. He has released 5 albums that encompass 10 years of his creative endeavors and reflect the changing character of his work. He began with calm, IDM-like ambient, moved along towards darker drone, and gradually shifted to refined noise. All albums demonstrate his harsh, yet somehow familiar sound experiments which can also be heard in his live shows and are valued greatly by his audience.
The first album titled Naunuee was released in 2004 by the online label Sutemos. Mood-wise it bares resemblance to the IDM and ambient, yet borrows some stylistic elements from glitch. The album follows a very cohesive logic; it is a little cautious and stern at first, but shifts towards a lighter and more abstract sound towards the end. It seems that Naunuee attempts to take its listeners on a journey full of deceptive loops, and prompts to follow the clues from the sampled ‘flashbacks’.
The same year Naunee was released, another album titled Ion saw light of day. It was done in collaboration with the online label Surfaces. The Ion was another step towards a more abstract sound expressed with radiant and playful ambient compositions that seem to be painting a landscape and ring with the motives of nature itself.
After a long break, in 2011 Lys published two new albums at once: Našlaičiai (Orphans) and “...Earth Oh Soil...“. The two albums were a steppingstone to the Lys we hear today. In these two albums the experimental ambient is saturated with buzzing and strict sound structures. Našlaičiai tells a story with broken rhythms; the music is sprinkled with the awns and crumbs of sound and has a flogging pulse. The silence-filled sound gaps create a sinister atmosphere that is darker than ever before. The soundscape of „...Earth Oh Soil...“ generates a similar vibe. The album rejects clear-defined rhythms and instead focuses on constructing the monoliths of sound. The thick sound walls characteristic of drone music are used, yet Lys manages to avoid ‘sameness’ that makes the music sound like a constellation of random sounds, rather than a premeditated whole. Every composition on “...Earth Oh Soil...“ features clear transitions, some austere sound passages and represent structure that was liberated from the clichés of genre.
His new tape released in 2013, called Klaida ir užuojauta (Mistake and Compassion) is built of many layers of drone/noise and endless sound coils with the interwoven elements of micro-sound. It is a combination of rough, nocturnal pieces that together form a cohesive, interrelated trilogy.
Lys often performs live, especially at festivals organized by Agharta. He played thrice at the post-folk festival Mėnuo Juodaragis and made appearances at the STRcamp, Nemuzika, Speigas 2011, Enter12, Centras3, and Armagedon descends II. His shows resemble an improvised voyage; they demonstrate solid structure, steady texture and are filled with changing and returning sound loops. All the above create a nostalgic atmosphere encircled with some clear-cut boundaries, where surprise is the only constant.
Title/Year