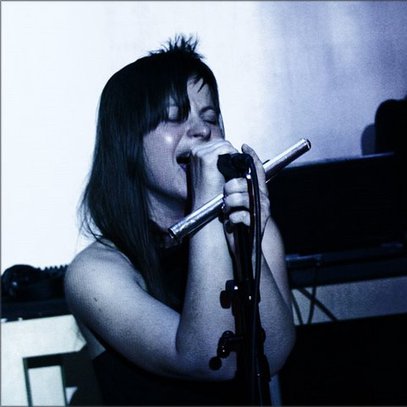 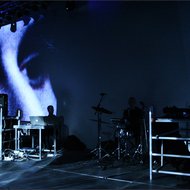 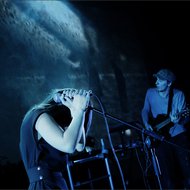 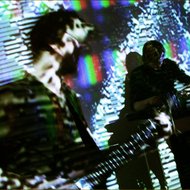 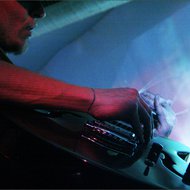 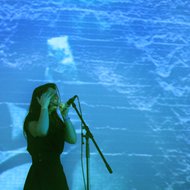 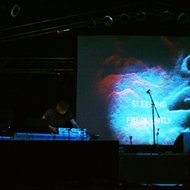 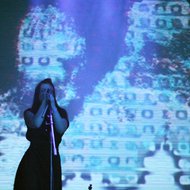 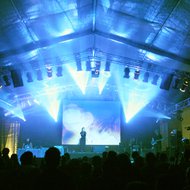 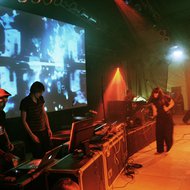 In the beginning of their swiftly evolving career, Fusedmarc were understood by many as a successful adaptation of Western alternative electronica stars like Broadcast, Portishead or Björk. Fortunately, it wasn’t long before the band became increasingly confident in their own voice and started crafting a unique brand of hard-to-pigeonhole indie music. Their sound incorporates synthesized sounds, live guitar riffs, live drums and processed vocals, creating a mesmerizing sonic stream further enhanced by hypnotic visual manipulations. Fusedmarc are essentially a live act, known for their breathtaking performances, the geography of which already extends far beyond Lithuania. Taking sound quality very seriously, Fusedmarc do not rush to record a full-length album their numerous fans crave for; so far, only an excellent online EP is available for those who wish to listen to Fusedmarc at home or in their car (http://www.sutemos.net/).

The audiovisual project Fusedmarc was formed in 2004 and soon became one of the most interesting musical phenomena in all of today’s Baltic states. The initial impulse for the emergence of the band was its members’ idea of merging different art forms with the purpose of arriving at an original and unique form of expression, manifested as the synthesis of music and video art.

The band’s lineup is:

Fusedmarc’s stage performances are singular shows, utilizing both acoustic and electronic instruments to create a distinctive sound palette. In concert, synthetic sounds are generated in real time, which are then integrated into the pre-programmed composition’s context, in this way giving the music a spontaneous and organic feel. The emotional background of the performed tracks is drawn by video projections, which flow freely as the composition develops.

The Lithuanian musical press recognized Fusedmarc as one of the most interesting and original discoveries of Lithuanian music immediately as the band started its activity. Fusedmarc soon became possibly the most wanted band in Lithuania’s independent music festivals. They had a chance to perform at the following festivals so far:

In the course of several years, the band managed to present its music to Lithuanian, Latvian, Polish, Russian, German, Hungarian, Greek, Dutch and French audiences.

The band’s members also actively collaborate with various Lithuanian musicians and are invited for participation in various noncommercial art projects. Fusedmarc takes part in collective projects at CAC (Contemporary Art Center) and produces music for modern dance performances. Besides concert activity, the band’s members themselves organize the Subject festival, which seeks to introduce Lithuanian youth to both use of advanced technologies in music production and latest trends in the world of electronic music.

Contraction is the band’s first EP, issued by the Lithuanian netlabel Sutemos in 2005.