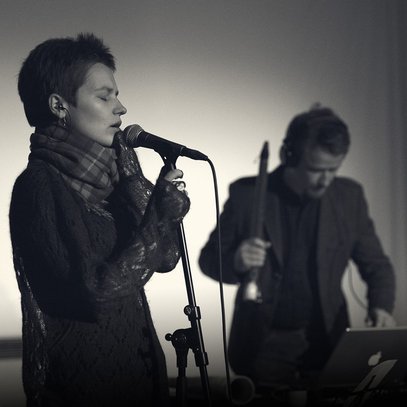 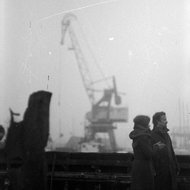 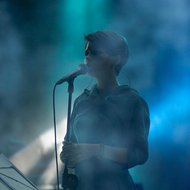 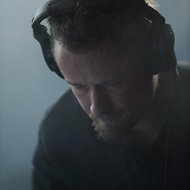 Longing juxtaposed with harsh industrial rhythms; music infused with ethnic layers and embellishements; music that speaks the language of the IDM aficionados and takes its listeners to the borderless realms of cinematic soundscapes; music of contrasts and unexpected turns that has its roots in an eclectic electro-acoustic medium – these are but a few ways to describe Driezhas, the project of Kristijonas Lučinskas. In collaborations with other performers, he transplants Lithuanian sound traditions, apparent in their lyrics and instrumentation, into an alluring and trendy world of digital experiments. Driezhas is an ever-changing creature; it is a cross-breed between synthpop and ambient, folk and electro, dancing and listening.

Born in 1998 in Klaipėda, Lithuanian port city, Driezhas was a brainchild of Kristijonas Lučinksas – a composer writing for the screen, drama and dance productions, performing artist and sound designer, producing sample libraries at his private studio Soundprovocation. In the fall of 2011 he joined forces with a singer and poet Ieva Astromskaitė, who had just published her debut collection of poems „Dulkėm ir žiedlapiais“ (eng.: With Dust and With Petals).

The name Driezhas comes from the phonetically spelled Lithuanian word for a lizard. Kristijonas Lučinskas traces the name choice for his ethno-electronic and audio-poetic project back to the ambiguous symbolic meanings of lizards, derived from the myths and beliefs of cultures from around the globe. In Ancient Greece, Egypt and Polynesia a lizard was considered to be the source of divine wisdom, an omen of good fortune and the ruler of heaven respectively, while early Christians identified it with evil. Whatever the implication, good or bad, it was the special status of this animal within different cosmologies that intruigued the musician.

In music, Driezhas puts a heavy emphasis on its sound aesthetic, sonic imagery, an overall atmosphere, as well as on the weight and pervasiveness of each word. The earlier releases, such as 20:00.00000, Sekmadienio rytui (eng. To A Sunday Morning) and Ten kur skubam aš ir tu (eng. A Place We Rush To Get To) exist in synthesized universes of ambient genre, and pulsate with precise and exciting electronic (heart)beats. The 2008 album Tolumoje (eng. In The Distance) marked a turning point for the project. It was a ripe, sophisticated and trendy work, structurally resembling dance music, thereby receiving frequent airplay on a radio. Moreover, after a few guest artists sang and recited texts on a couple of tracks, the human voice became an important sound device within the creative aesthetic of Driezhas. While stylistically this album resembled his earlier works, richer melodies and instrumentation, along with a more complex structural design began to emerge.

Three years later, in 2012, the album Gonija saw the light of day. It features the singing poetess Ieva Astromskaitė, a graduate from the Vilnius Conservatory of J. Tallat-Kelpša (Jazz Vocal Studies). Her voice creates a unique ambiance and draws the listener into many soundscapes: from soothing folky twists and waves through jarring industrial noises. The lyrics weave together themes of yearning, nature and mythopoeic material. This album is charged with epic, ethnic and cinematic sounds, reminiscent of the bygone and forgotten pagan era. 'Antique-esque' motifs, integrated into refreshing digital rhythms are combined with acoustic sounds of traditional Lithuanian instruments. A strong archaic impressions are particularly highlighed with the tone palette of birbyne (a uniquely Lithuanian reed-pipe from the clarinet family), played by Kristijonas Lučinskas himself, who studied Ethnomusicology at the Klaipeda University.