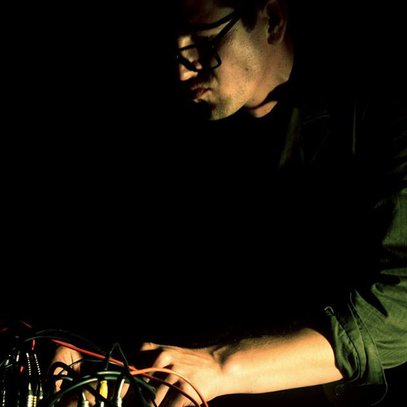 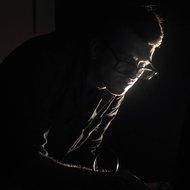 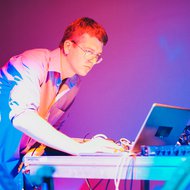 Antanas Dombrovskij is a sound artist who creates edgy and unpredictable sound structures while manipulating samples and modified synthesizers. The result is somewhere between noise, glitch, drone and musique concrete. His performances are based on broken rhythms and with every passage you are facing fresh and unexpected soundscapes. Antanas Dombrovskij’s music requires concentration, only through active listening his musical chaos proceeds into the solid, well-thought and surprising sound avalanche. It is common for the sound artist to drift among various genres and concepts, playing many roles in experimental electronic music scene from solo project Gana2 to joint projects Betoniniai Triušiai, Tiese and Twentytwentyone.

In the scene of the experimental electronic music Antanas Dombrovskij was noticed in 2002 when he became a member of the initiative group “Virpesys”. The main interest of this collective was promotion of electronic and noise music. There was also a club of the same name in Vilnius where the concerts of Lithuanian and foreign sound artists were organized.

The solo performances of the sound artist as Gana2 started in 2003. They are often characterized by the sound of circuit-bent synthesizers, accompanied with other acoustic and electronic sounds. The name of his project Gana2 is explained as the Lithuanian word for ‘enough’. It talks about the boundaries of creation which one cannot pass, but tries to stop or to overtake. It doesn’t mean a conservative attitude – on the contrary, the artist tries to compose a broad spectrum of sounds, differing in their sonic nature. This reflects the other meaning of the word ‘gana’: Ghana as an African country, where 80 different languages are used.

The idea of the prepared synthesizers is a kind of protest against the wish of the makers of musical instruments to standardize the sound. He finds it absurd to simulate the sound of the piano or the organ in an electronic way – the result is always weak to the original sound. However, the epithet ‘weak’ could be changed into ‘the other.’ Antanas Dombrovskij is constantly looking for this ‘other’ sound which reminds of the original instruments as little as possible.

It is common for the artist to drift among various genres, concepts and projects under the influence of collaborations with different artists. He became a member of the audio-poetic band Betoniniai triušiai in 2005. Poetry of Tomas S. Butkus and electroacoustic music of Antanas Dombrovskij is joined in the works of the band (the band has released 3 albums). Since 2005 he has been a member of the laptop quartet Twentytwentyone. The activity of the quartet (founded by Arturas Bumšteinas) started from the interpretations of graphical scores and soundtracks for silent experimental movies of the beginning of 20th century. In 2009 Antanas Dombrovskij and sound artist Vilius Šiaulys formed a joint project Tiese. Their debut cassette tape Ant širdies was released in 2013. He has also created music for several modern dance performances and from time to time continues performative collaborations with the theatre artist Benas Šarka and the singer Skaidra Jančaitė.

Antanas Dombrovskij performs as a solo artist and as a member of all the above mentioned bands and projects. He can be seen performing in art galleries, summer open-air festivals and underground clubs. His works can be heard at the main Lithuanian electronic music festivals: Garso Zona, Jauna Muzika, Centras, Enter, TARP, Speigas, Sumirimas, STRCamp. In foreign countries he usually performs as a member of Twentytwentyone and Betoniniai triušiai.